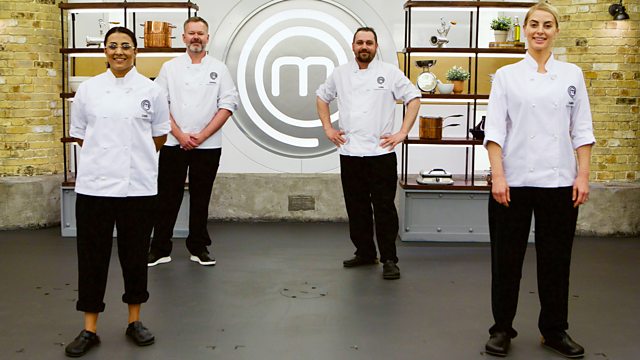 MasterChef The Professionals 2022 episode 4: Four new chefs begin their bid for the coveted MasterChef: The Professionals title as they compete in two challenges set by judges Anna Haugh and Marcus Wareing. Only the strongest two chefs will go through to the quarter-final.

The first two chefs face a Skills Test devised by Marcus. He asks them to make ravioli with a cheese and ‘nduja filling, served with an oregano butter emulsion. Who will have the cookery knowledge and control to plate up a dish full of flavour in just 20 minutes, and who will fold under the pressure? Anna sets the test for the other two chefs, who must fillet a rainbow trout, cook a portion and serve it with a pea and wild garlic puree.

Then the four contenders have a final chance to impress as they cook a two-course Signature Menu. Now is their time to shine with dishes they have designed and practiced.