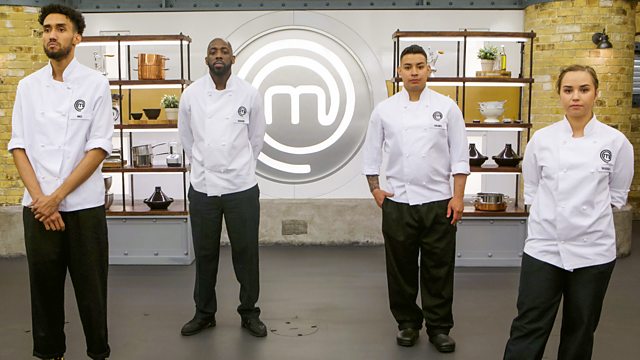 MasterChef The Professionals 2022 episode 7: In the first heat of the week, four more brave chefs set out to prove they have talent to get to the top. To begin, they must hold their nerve under the watchful eyes of judges Anna Haugh and Marcus Wareing in the ever-daunting Skills Test.

Marcus sets the Skills Test for two of the chefs, asking them to break down a rack of pork into chops, French trim one and cook it with a Spanish-style butter bean stew. The other two chefs have 20 minutes to complete a test set by Anna. They must prepare a plate of tempura vegetables with nori seasoning and a Japanese-style chilli mayonnaise.

All four chefs then have one last opportunity to win over the judges in the Signature Menu cook-off. The heat is on, as they are given one hour and 30 minutes to showcase their own cooking style with a main and dessert of their choosing. If they fail to deliver on taste, technique and presentation, their time in the competition could be up. Only those who can keep their cool and brilliantly execute their food will earn a place in the quarter-final.

MasterChef The Professionals 2022 episode 7: In the first heat of the week, four more brave chefs set out to prove they have talent to get to the top.