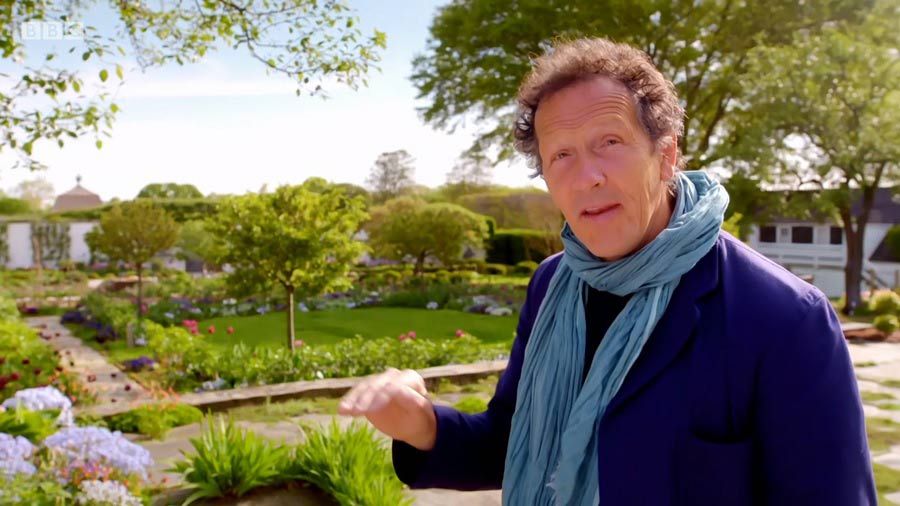 Monty Don’s American Gardens episode 2: In the second episode, Monty goes south to explore gardens of early independent America and learns how the history of this part of the country is still very much evident in the places and people he meets. He visits the famous garden where President Thomas Jefferson, one of America’s founding fathers, enjoyed spending his time seeking out seeds and plants for his thousand-foot vegetable garden.

What is an American garden? Is there such a thing and if so what does it look like? In this three-part series, Monty Don travels across this vast continent in search of answers.

From there, Monty travels south to Charleston, which boasts some of the most beautiful trees in the world, and learns about the life of its plantations. In Miami, Monty visits one of the most spectacular Renaissance recreations built on marshland, and then joins an orchid hunter in search of rare plants only he knows how to find.

Monty ends this journey in New Orleans, where he sits beneath the huge oak trees in the square where jazz was born and hears why this green space was such an important part of that city’s history. It is a journey full of surprises, colourful exotic tropical plants and extraordinary fairy-tale houses and gardens.

The Gardens of Monticello were gardens first designed by Thomas Jefferson for his plantation Monticello near Charlottesville, Virginia. Jefferson’s detailed historical accounts of his 5,000 acres provide much information about the ever-changing contents of the gardens. The areas included a flower garden, a fruit orchard, and a vegetable garden. Jefferson, a connoisseur of trees, flowers, and gardening techniques, was highly interested in experimental planting and directed the design of the gardens, which contained many exotic seeds and plants from his travels abroad.

The gardens declined after Jefferson’s death in 1826, when his estate was encumbered with debt. Since 1938, when the Thomas Jefferson Foundation invited its participation, the Garden Club of Virginia has worked to restore and maintain the gardens with historical accuracy.

Rachel Lambert Mellon (August 9, 1910 – March 17, 2014), often known as Bunny Mellon, was an American horticulturalist, gardener, philanthropist, and art collector. She designed and planted a number of significant gardens, including the White House Rose Garden, and assembled one of the largest collections of rare horticultural books. Mellon was the second wife of philanthropist and horse breeder Paul Mellon.

The Vizcaya Museum and Gardens, previously known as Villa Vizcaya, is the former villa and estate of businessman James Deering, of the Deering McCormick-International Harvester fortune, on Biscayne Bay in the present day Coconut Grove neighborhood of Miami, Florida.