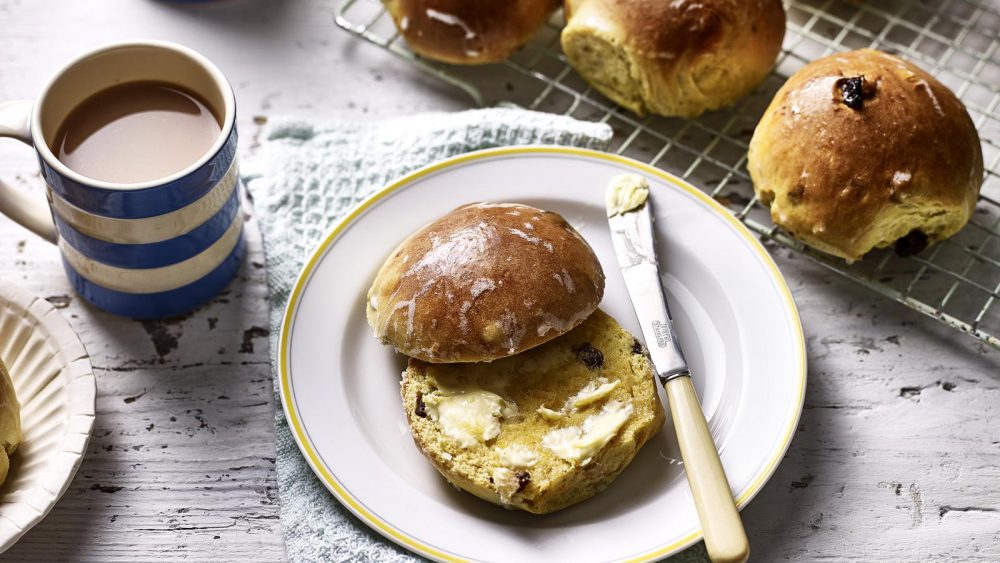 Rick Stein’s Cornwall episode 13: Rick is at Tintagel in Cornwall, where he discovers that it was an important trading port with Europe and the birthplace of perhaps Britain’s greatest legend, the tale of King Arthur.

At Camborne, once the richest mining area in the world, Rick explores how the Methodist religious movement was so important to Cornwall, and how Methodists would cook a rather unusual bun during special feast days. And on the Roseland Peninsula, Rick meets a family who are continuing the surprisingly ancient tradition of growing the exotic spice saffron.

Rich yeast buns, with a vivid yellow colour, can be found in most Cornish bakeries. Serve warm with salted butter or, of course, lashings of clotted cream. 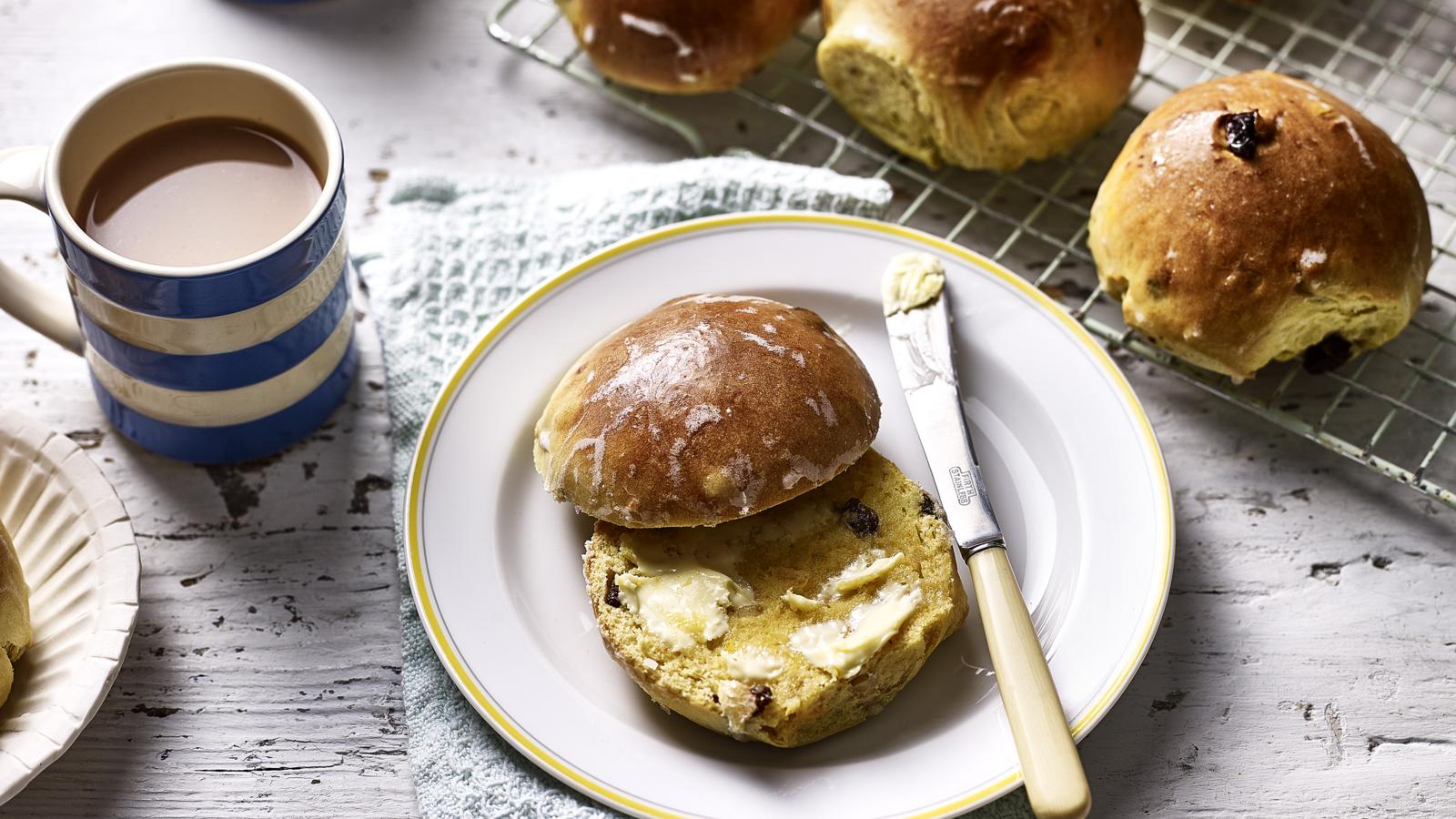