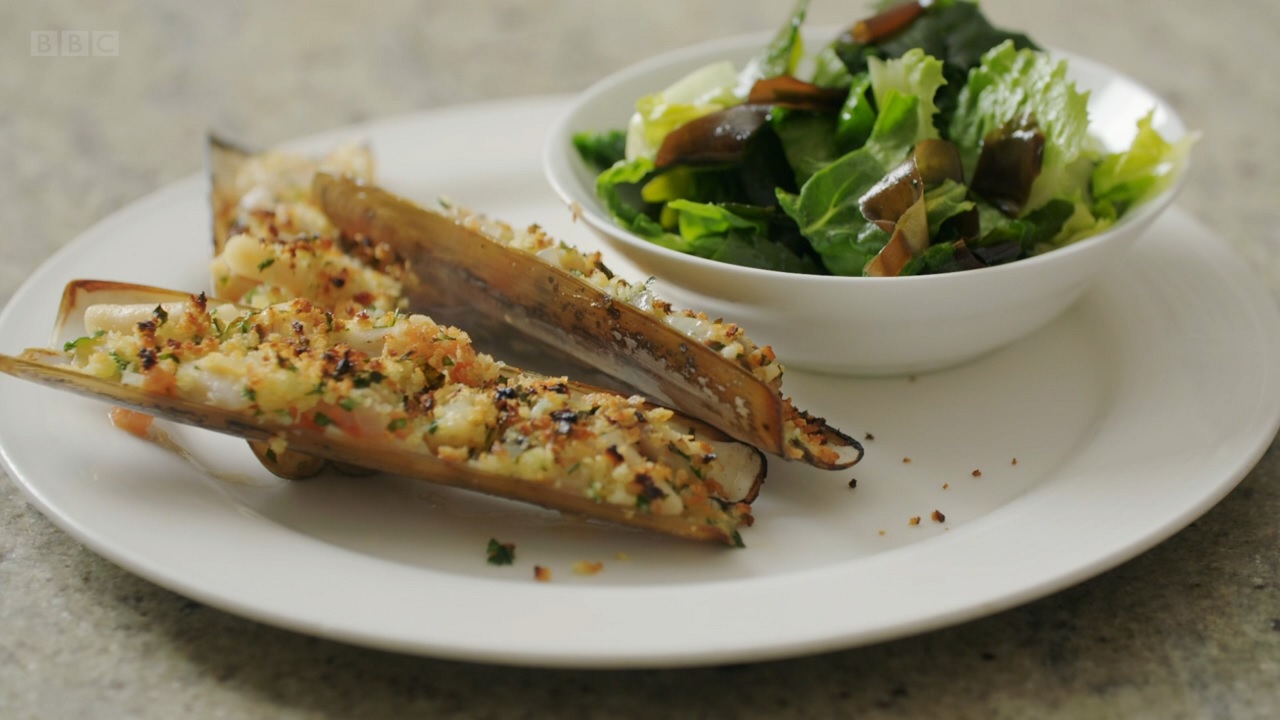 Rick Stein’s Cornwall episode 26: Rick joins a team diving for razor clams, which he takes back to the kitchen to make a quick but tasty dish of grilled shangurro clams. At the end of Newlyn Pier, Rick visits a scruffy little hut that until recently played a huge part in determining the height of everything around us. And in the Penlee Museum, Rick is shown some of the beautiful items made a century ago by fishermen using Cornish copper and meets a metalworker who is bringing copperwork back to the town.

This dish originates in the Basque Country of northern Spain, where it is usually made with crab. Shangurro razor clams are Rick Stein’s delicious take on the recipe, simple to make and perfect for a special dinner.

Rick Stein's Cornwall episode 26: Rick joins a team diving for razor clams, which he takes back to the kitchen to make a quick but tasty dish