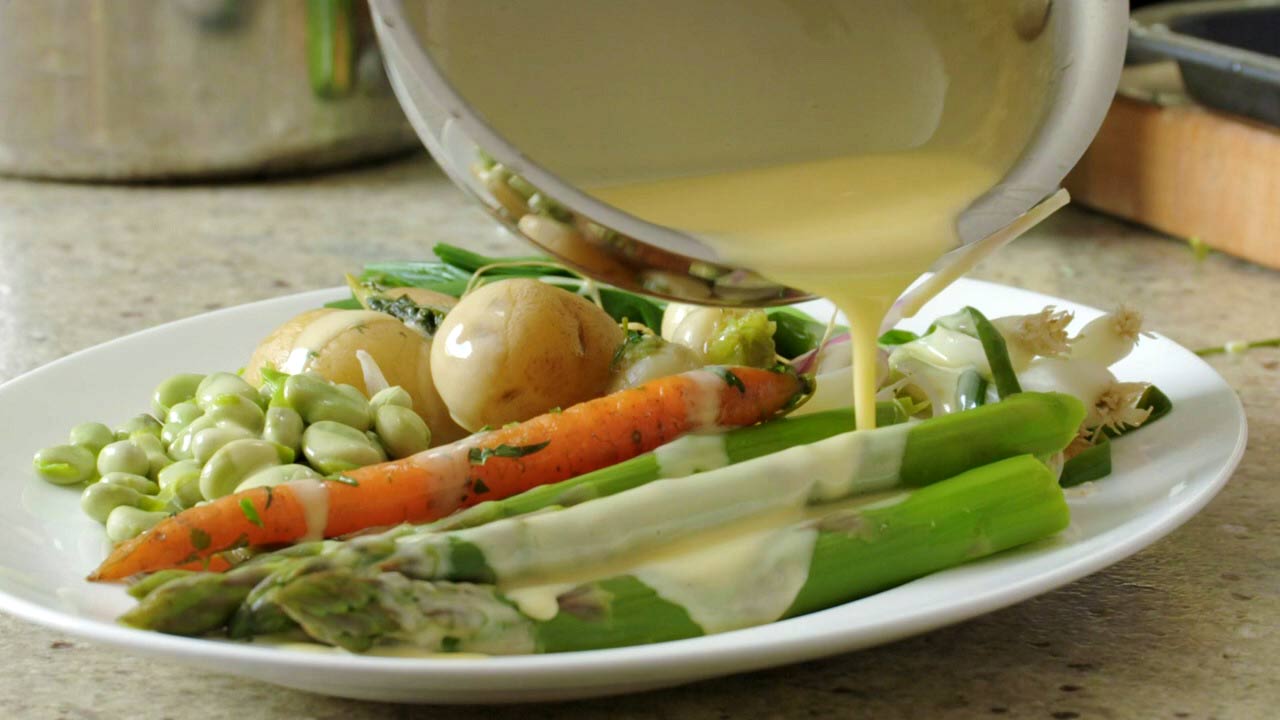 Rick Stein’s Cornwall episode 28: On the banks of the River Tamar, Rick visits a little-known mausoleum with a rather macabre story. On the wild Atlantic coast, near Bedruthan Steps, he meets fellow chef Emily Scott, who recreates the meal she cooked for President Joe Biden during the recent G7 summit. And Rick takes to the waves with an inspirational organisation who offer therapy using the power of surfing.

A beautiful side dish of a mix of vegetables with a rich beurre blanc sauce. It’s the perfect accompaniment to simple grilled fish.