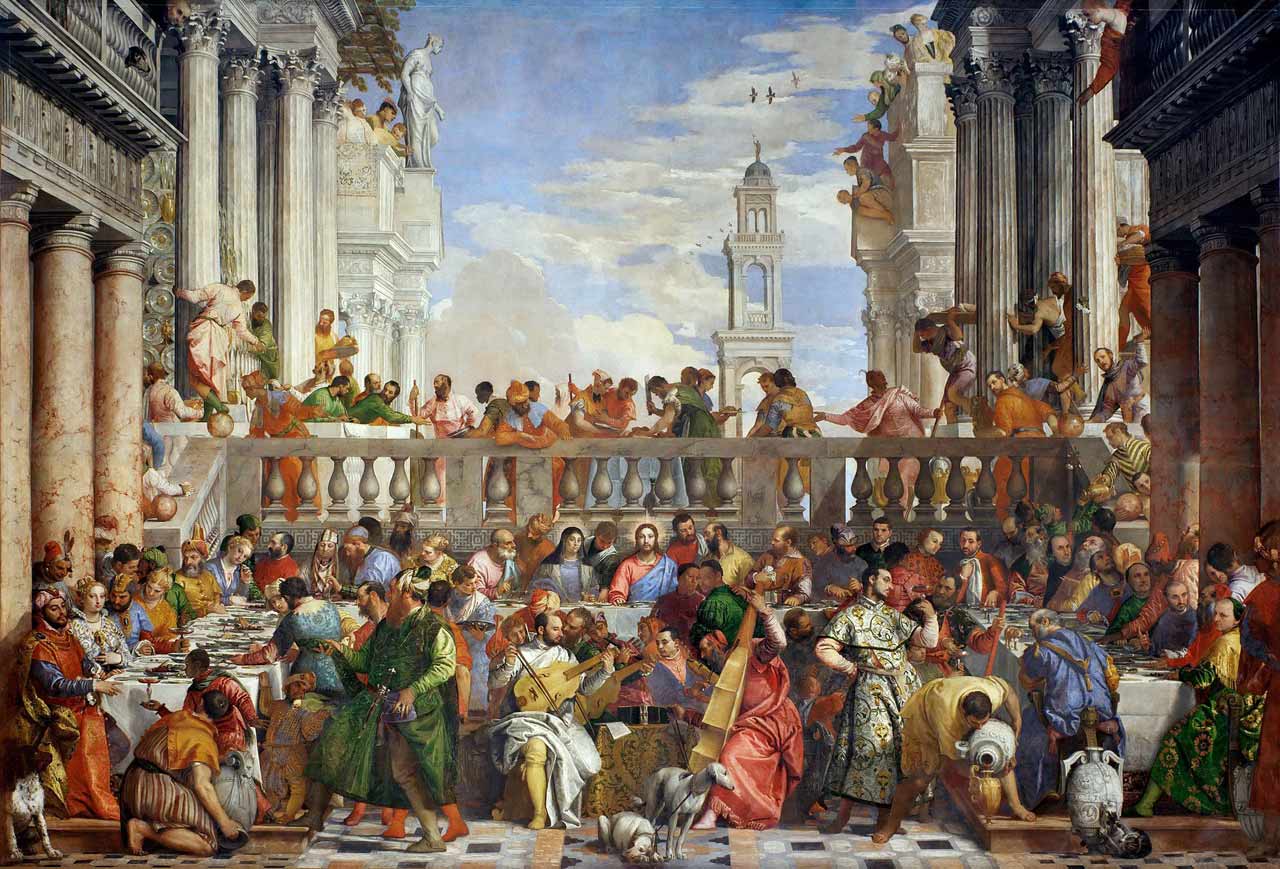 Smart Secrets of Great Paintings episode 6 – Paolo Veronese: In “The Wedding at Cana”, Paolo Veronese transposes the biblical tale of Christ’s first miracle to the scene of a sumptuous Venetian banquet. This documentary explores the historical context of 16th century Venice, a wealthy and politically stable city in which artists such as Veronese, Titian, and Jacobo Tintoretto were granted freedom from religious censorship. It looks at Palladio’s architectural influences, presents a theory that “The Wedding at Cana” may represent the crowning ceremony of a Doge’s wife, and examines how Veronese combines the sacred and profane in his works. Finally, it looks at the painter’s use of perspective, colors, and composition.

Paolo Caliari known as Paolo Veronese, was an Italian Renaissance painter based in Venice, known for extremely large history paintings of religion and mythology, such as The Wedding at Cana (1563) and The Feast in the House of Levi (1573). Included with Titian, a generation older, and Tintoretto, a decade senior, Veronese is one of the “great trio that dominated Venetian painting of the cinquecento” and the Late Renaissance in the 16th century. Known as a supreme colorist, and after an early period with Mannerism, Paolo Veronese developed a naturalist style of painting, influenced by Titian.

His most famous works are elaborate narrative cycles, executed in a dramatic and colorful style, full of majestic architectural settings and glittering pageantry. His large paintings of biblical feasts, crowded with figures, painted for the refectories of monasteries in Venice and Verona are especially famous, and he was also the leading Venetian painter of ceilings. Most of these works remain in situ, or at least in Venice, and his representation in most museums is mainly composed of smaller works such as portraits that do not always show him at his best or most typical.

He has always been appreciated for “the chromatic brilliance of his palette, the splendor and sensibility of his brushwork, the aristocratic elegance of his figures, and the magnificence of his spectacle”, but his work has been felt “not to permit expression of the profound, the human, or the sublime”, and of the “great trio” he has often been the least appreciated by modern criticism. Nonetheless, “many of the greatest artists … may be counted among his admirers, including Rubens, Watteau, Tiepolo, Delacroix, and Renoir”.

Smart Secrets of Great Paintings episode 6 - Paolo Veronese: In "The Wedding at Cana", Paolo Veronese transposes the biblical tale of Christ's first miracle to the scene of a sumptuous Venetian banquet