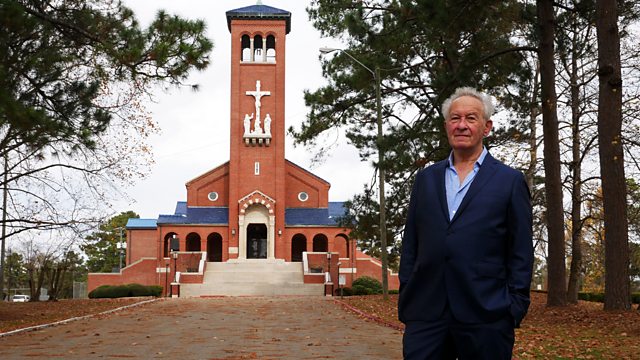 Simon Schama’s History of Now episode 2: Simon Schama explores the artists at the vanguard of the fight for equality in the decades after the Second World War. He revisits his childhood as a Jewish boy in Southend and his memories of seeing James Baldwin debate William Buckley at the Cambridge Union, explores the story behind Nina Simone’s classic civil rights song Mississippi Goddam, and meets Coleman Woodson Junior, who was part of the historic Selma to Montgomery march in 1965.

Sir Simon Michael Schama is an English historian specialising in art history, Dutch history, Jewish history and French history. He is a University Professor of History and Art History at Columbia University, New York.He first came to public attention with his history of the French Revolution titled Citizens, published in 1989. In the United Kingdom, he is perhaps best known for writing and hosting the 15-part BBC television documentary series A History of Britain broadcast between 2000 and 2002.

The Selma to Montgomery marches were three protest marches, held in 1965, along the 54-mile (87 km) highway from Selma, Alabama, to the state capital of Montgomery. The marches were organized by nonviolent activists to demonstrate the desire of African-American citizens to exercise their constitutional right to vote, in defiance of segregationist repression; they were part of a broader voting rights movement underway in Selma and throughout the American South. By highlighting racial injustice, they contributed to passage that year of the Voting Rights Act, a landmark federal achievement of the civil rights movement.

Southern state legislatures had passed and maintained a series of discriminatory requirements and practices that had disenfranchised most of the millions of African Americans across the South throughout the 20th century. The African-American group known as the Dallas County Voters League (DCVL) launched a voter registration campaign in Selma in 1963. Joined by organizers from the Student Nonviolent Coordinating Committee (SNCC), they began working that year in a renewed effort to register black voters.

Finding resistance by white officials to be intractable, even after the Civil Rights Act of 1964 ended legal segregation, the DCVL invited Rev. Martin Luther King Jr. and the activists of the Southern Christian Leadership Conference (SCLC) to join them. SCLC brought many prominent civil rights and civic leaders to Selma in January 1965. Local and regional protests began, with 3,000 people arrested by the end of February. According to Joseph A. Califano Jr., who served as head of domestic affairs for U.S. President Lyndon Johnson between the years 1965 and 1969, the President viewed King as an essential partner in getting the Voting Rights Act enacted. Califano, whom the President also assigned to monitor the final march to Montgomery, said that Johnson and King talked by telephone on January 15 to plan a strategy for drawing attention to the injustice of using literacy tests and other barriers to stop black Southerners from voting, and that King later informed the President on February 9 of his decision to use Selma to achieve this objective.

Simon Schama's History of Now episode 2: Simon Schama explores the artists at the vanguard of the fight for equality in the decades after the Second World War.