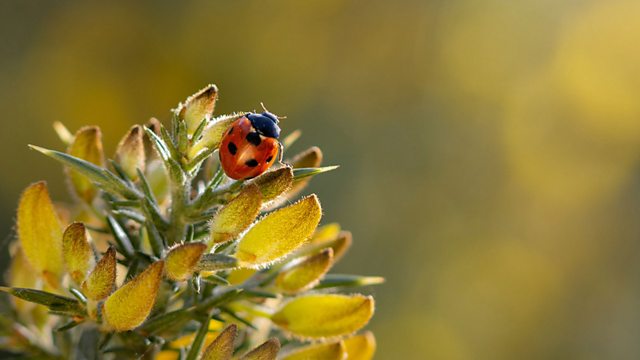 Springwatch episode 6 2021: Gillian looks at spring from a swift’s point of view at WWT Castle Espie. Insect fan Penny Metal introduces us to the tiny residents in a London park. Iolo checks out some alien species on the forest floor at Alladale Wilderness Reserve, and there’s a Mindfulness Moment in an ancient Oxfordshire woodland.

Alladale Wilderness Reserve is a 23,000-acre (93 km2) highland estate in the Scottish Highlands. The estate was purchased in 2003 by conservationist and philanthropist Paul Lister, who hopes to recreate a wooded landscape and reintroduce native animals including predators such as Scottish wildcat and the wolf. It is now being managed as a privately owned nature reserve that aims to promote biodiversity and associated tourism at the forefront of its mission. The idea of a wilderness reserve was inspired by Lister’s visits to South Africa’s ever popular game reserves, and to create an area of outstanding natural beauty, where a pack of European wolves could be released into a controlled reserve. This has been proven in South Africa, when over-grazed farmland has been returned to a more natural state.

As with all land in Scotland, there is a right of responsible access to the reserve for pursuits such as walking, cycling, horse-riding and wild camping, and the estate is an access route to Càrn Ban (845m). Ramblers and hillwalkers are concerned that the estate’s plans may prevent access to grounds within the reserve. Enclosure would contravene principles of open access enshrined in the Land Reform (Scotland) Act 2003 unless stiles and gates were provided. Whilst the Ramblers support reintroductions, they see charging for access to fenced enclosures as a way for owners of large estates to subvert the Act.

Gillian looks at spring from a swift’s point of view at WWT Castle Espie. Insect fan Penny Metal introduces us to the tiny residents in a London park.