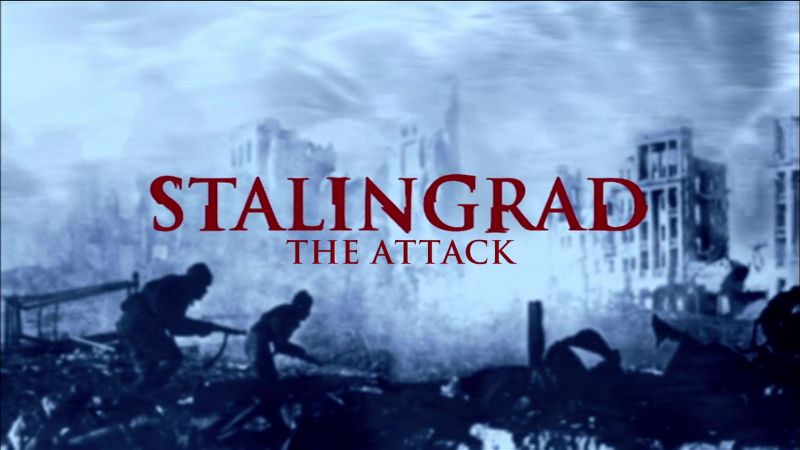 Stalingrad: A Trilogy episode 1 – With a force of over half a million men, the German army advanced towards the Caspian Sea and Stalingrad to capture the center of Soviet military industry. Hitler’s Sixth Army faced strong resistance from all sides and German soldiers perished in bloody battles. Yet Hitler still boasted on November 8th in Munich that Stalingrad was practically conquered and the Germans would never leave the city again. With the dimensions of Russia in mind, the rapid advance of the German army to the Volga – measured against the low population density – was not an ultimate achievement. It was much more difficult to ensure sufficient supplies. However, the German army command had not reckoned with the continental winter and the tough and clever resistance of the defenders. Red Army soldiers fiercely defended every house, every basement, every shelter. In mid-November 1942, the attackers were surrounded by a surprising Soviet counter-offensive. It was the beginning of the end of the 6th Army.

Hardly any event in the entire history of war has made such a traumatic impression on the German consciousness as did the catastrophe on the Volga in 1942/43: 60 years ago Stalingrad became a mass grave of the German Wehrmacht and a psychological turning point of the Second World War. The Eastern Front experienced the viciousness of war on a scale of unimaginable horror and brutality. The bloodiest and most savage fighting took place in Stalingrad between August 1942 and February 1943. Stalin’s city on the Volga had military significance for Hitler, as it carried the name of his enemy and therefore had to be destroyed. The ensuing battle sealed the fates of hundreds of thousands of soldiers and civilians, marked the turning point of World War II, and was the beginning of the end for Nazi Germany.

This three-part HD documentary by award-winning documentary filmmakers Sebastian Dehnhardt, Christian Deick and Jorg Mullner under the direction of Guido Knopp presents both the German and Russian perspective, contains rare footage shot by soldiers during the siege, and reveals new historical facts with moving eyewitness accounts and confessions from some of Stalingrad’s last survivors. The Russian archives opened their doors to the filmmakers, granting exclusive access to a wealth of previously unreleased material.

The battle for Stalingrad, in which at least one million German soldiers, Red Army soldiers and Soviet civilians fell victim, was the bloodiest decisive battle in the ‘war of extermination’ unleashed by Hitler. Like a shock, the catastrophe of the 6th Army made it clear to many Germans that, despite all the propaganda chants, the war would be lost. For Germans and Russians, Stalingrad marked the psychological turning point in the Second World War. How the catastrophe came about and what cruel consequences the battle had for the soldiers and inhabitants of the city are described in the series with many previously unpublished film recordings and unsparing eyewitness testimonies from survivors on both sides.

So far, the Battle of Stalingrad has mostly been presented from a national perspective. Today – on the 60th anniversary of the catastrophe – a trilogy begins in which eyewitnesses from both sides jointly describe what happened in the Stalingrad pocket. Former soldiers of the 6th Army and their former opponents describe – because of their age probably last time – moments that shaped their life: snipers tell on murderous hunts in the ruined world of Stalingrad, where one wrong move could kill, but also civilians make harrowing confessions. The once enemy nations are now showing what was going on and really happened in the inferno of Stalingrad in a joint television production.

Stalingrad: A Trilogy episode 1: With a force of over half a million men, the German army advanced towards the Caspian Sea and Stalingrad