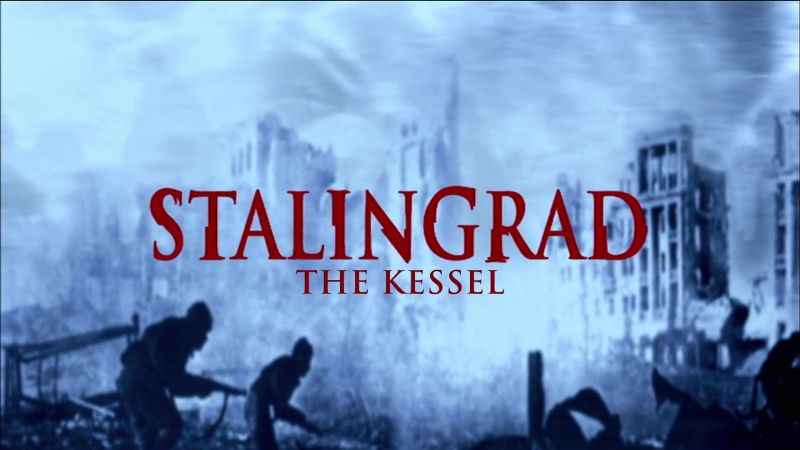 Stalingrad: A Trilogy episode 2: In the early morning of November 19, 1942, one of the most moving chapters of World War II began. A dense fog lay in the lowlands between the Don and the Volga. At 5:20 a.m., several thousand Soviet guns and Stalin organs opened fire. “It was breathtaking,” Captain Gerard Dengler recalls with a shudder. The Soviet attack hit the Germans at their most vulnerable point: in the rear of the front, where allied Romanians and Italians secured the flanks of the 6th Army.

Their resistance didn’t last long. Poorly equipped and doubting the sense of the campaign, the units of the “allies” surrendered to the overwhelming superiority. The Soviet armored spearheads, who had attacked simultaneously from the north and south, met at Kalach. The German 6th Army with more than 300,000 men was surrounded. By November 23, Russian forces had encircled the Germans; 300,000 soldiers were trapped. Hitler monitored the situation elsewhere and did not give the order to retreat against the advice of the experts. Goering promised to try to drop aid packages, ammunition and fuel from the air, but the attempt failed. The temperature dropped quickly to -40 degrees, and the German soldiers in summer clothes had no chance in the Russian winter. Christmas during the blockade was a time of extreme despair for men.

This three-part HD documentary by award-winning documentary filmmakers Sebastian Dehnhardt, Christian Deick and Jorg Mullner under the direction of Guido Knopp presents both the German and Russian perspective, contains rare footage shot by soldiers during the siege, and reveals new historical facts with moving eyewitness accounts and confessions from some of Stalingrad’s last survivors. The Russian archives opened their doors to the filmmakers, granting exclusive access to a wealth of previously unreleased material.

The battle for Stalingrad, in which at least one million German soldiers, Red Army soldiers and Soviet civilians fell victim, was the bloodiest decisive battle in the ‘war of extermination’ unleashed by Hitler. Like a shock, the catastrophe of the 6th Army made it clear to many Germans that, despite all the propaganda chants, the war would be lost. For Germans and Russians, Stalingrad marked the psychological turning point in the Second World War. How the catastrophe came about and what cruel consequences the battle had for the soldiers and inhabitants of the city are described in the series with many previously unpublished film recordings and unsparing eyewitness testimonies from survivors on both sides.

So far, the Battle of Stalingrad has mostly been presented from a national perspective. Today – on the 60th anniversary of the catastrophe – a trilogy begins in which eyewitnesses from both sides jointly describe what happened in the Stalingrad pocket. Former soldiers of the 6th Army and their former opponents describe – because of their age probably last time – moments that shaped their life: snipers tell on murderous hunts in the ruined world of Stalingrad, where one wrong move could kill, but also civilians make harrowing confessions. The once enemy nations are now showing what was going on and really happened in the inferno of Stalingrad in a joint television production.

Stalingrad: A Trilogy episode 2: In the early morning of November 19, 1942, one of the most moving chapters of World War II began.