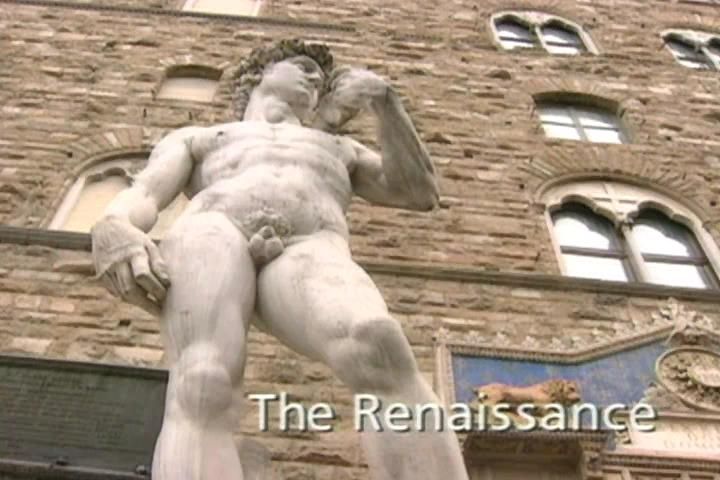 A lively visual journey illustrating how the Christian idea of nudity -associated with sin – was replaced with the idea of nudity symbolizing beauty and sensuality. Features significant works of Botticelli, Michelangelo and Giotto.

If there is one genre of art that seems to have played a greater role than any other, it is the nude. For at least 30,000 years, humans have represented the naked form in a variety of ways. From the ideal to the real, the Romantic to the Surrealist, there has been almost no end of works devoted to the unclothed human body. This four part series will examine those artworks, the societies that produced them and the artists that made them.

Alessandro di Mariano di Vanni Filipepi (1445 – 1510), known as Sandro Botticelli was an Italian painter of the Early Renaissance. He belonged to the Florentine School under the patronage of Lorenzo de’ Medici, a movement that Giorgio Vasari would characterize less than a hundred years later in his Vita of Botticelli as a “golden age”. Botticelli’s posthumous reputation suffered until the late 19th century; since then, his work has been seen to represent the linear grace of Early Renaissance painting.

As well as the small number of mythological subjects which are his best known works today, he painted a wide range of religious subjects and also some portraits. He and his workshop were especially known for their Madonna and Childs, many in the round tondo shape. Botticelli’s best-known works are The Birth of Venus and Primavera, both in the Uffizi in Florence. He lived all his life in the same neighbourhood of Florence, with probably his only significant time elsewhere the months he spent painting in Pisa in 1474 and the Sistine Chapel in Rome in 1481–82.

Giotto di Bondone (c. 1267 – 1337), known mononymously as Giotto and Latinised as Giottus, was an Italian painter and architect from Florence during the Late Middle Ages. He worked during the Gothic/Proto-Renaissance period. Giotto’s contemporary, the banker and chronicler Giovanni Villani, wrote that Giotto was “the most sovereign master of painting in his time, who drew all his figures and their postures according to nature” and of his publicly recognized “talent and excellence”.

Title
The Nude in Art episode 2 - The Renaissance
Description

A lively visual journey illustrating how the Christian idea of nudity -associated with sin - was replaced with the idea of nudity symbolizing beauty and sensuality.