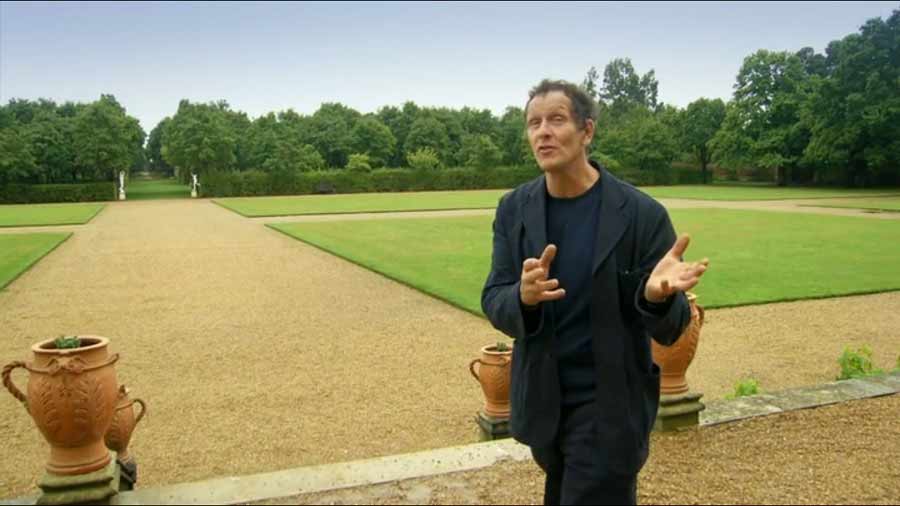 The Secret History of the British Garden – 17th Century episode 1: Monty Don uncovers the extraordinary stories behind Britain’s 17th-century gardens. Starting his journey at the sole surviving garden of the 1600s – Levens Hall in Cumbria – Monty sets out to investigate what the gardens of this age would have looked like and what influenced and inspired their creation.

Along the way, he sees a long-lost garden that – through archaeology and a German Luftwaffe photograph taken in the 1940s – reveals the hidden messages and religious beliefs of our 17th-century forebears. And Monty heads to Hampton Court, where politics, civil war and religious conflict played a key role in the evolving designs and fashions, including tastes in food, of the nation’s finest gardens.

Levens Hall is a manor house in the Kent valley, near the village of Levens and 5 miles (9 km) south of Kendal in Cumbria, Northern England. The manor has a celebrated and large topiary garden, which was first created by the French gardener Guillaume Beaumont. Beaumont also planned the tree planting in the deer park, now inhabited by black fallow deer and Bagot goats.

The park and gardens laid out by Beaumont between 1689 and 1712 have survived remarkably intact. They have been described as retaining “almost all of the essential elements of the completed scheme as shown on maps of the park and gardens of 1730”.

Stroll along the path in front of Levens Hall and you will find a small wooden gate leading into the Gardens. What awaits you, hidden behind the high stone wall, remains largely unchanged since the 17th century and is truly spectacular.

Dating back to the 1690s, the ten acres of Gardens retain many original features including the world’s oldest topiary gardens. This surreal and unique collection of ancient box and yew trees, in abstract or geometric shape, rises up from a beautiful display of underplanting, populated with an ever-changing array of over 30,000 bedding plants, all grown in the greenhouses onsite.

The renaissance garden, which Henry VIII made here in the 1530s, was converted to the baroque style between 1660 and 1702. Naturally competitive, Henry VIII wanted Hampton Court to outshine Francis I’s palace garden at Fontainbleau. Henry VIII’s garden had square plats of grass with lions, dragons and other painted heraldic beasts on posts. There was also a mount overlooking the River Thames and a Water Gallery leading to a landing stage for the royal barge. After Charles II became king, in 1660, he employed John Rose to make a canal, inspired by Versailles and 1.6 km long.

Title
The Secret History of the British Garden
Description