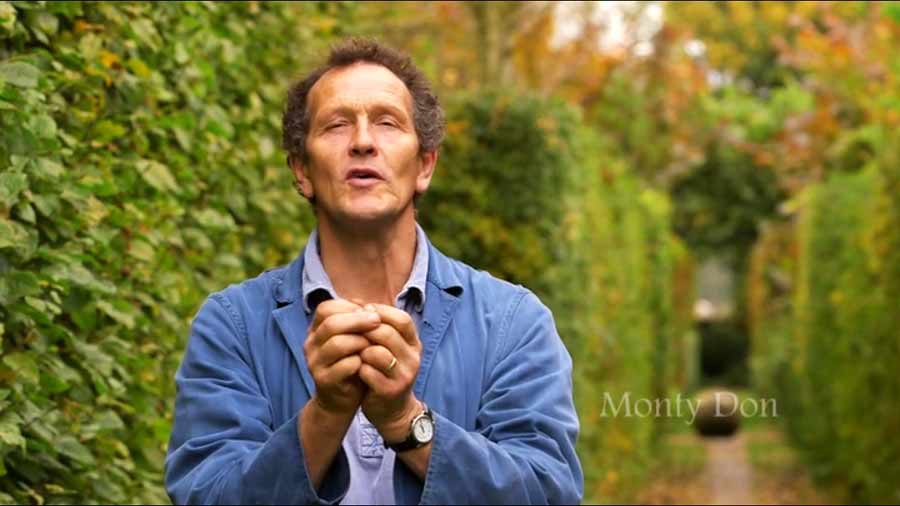 The Secret History of the British Garden episode 2

The Secret History of the British Garden episode 2: On his journey through four hundred years of Britain’s garden history, Monty Don arrives in the 18th century, an age that gave rise to the landscape garden, created on a scale that had never been seen before. Using Lancelot ‘Capability’ Brown‘s first commission – Croome Court in Worcestershire – as his base, Monty sets out to investigate what inspired and influenced this gardening revolution.

Along the way, he visits the landscape garden of Rousham, designed by the maverick William Kent, and Stanage Park, designed by the marketing genius Humphrey Repton. Monty discovers how these great landscapes were created, from revealing the Georgian clay recipe that revolutionised garden sculpture to discovering the secrets of mowing with a scythe. He also sees how the present Duke of Devonshire is cutting down trees to restore his park to its 18th-century design.

The Secret History of the British Garden episode 2

Lancelot Brown more commonly known with the by name Capability Brown, was an English landscape architect. He is remembered as “the last of the great English 18th-century artists to be accorded his due” and “England’s greatest gardener”.

He designed over 170 parks, many of which still endure. He was nicknamed “Capability” because he would tell his clients that their property had “capability” for improvement. His influence was so great that the contributions to the English garden made by his predecessors Charles Bridgeman and William Kent are often overlooked; even Kent’s champion Horace Walpole allowed that Kent “was succeeded by a very able master”.

It is estimated that Brown was responsible for over 170 gardens surrounding the finest country houses and estates in Britain. His work still endures at Belvoir Castle, Croome Court (where he also designed the house), Blenheim Palace, Warwick Castle, Harewood House, Highclere Castle, Appuldurcombe House, Milton Abbey (and nearby Milton Abbas village), and in traces at Kew Gardens and many other locations.

The first garden at Croome was developed in the late 17th century by Ann Somerset, the wife of Thomas Coventry, 2nd Earl of Coventry, along with William Shenstone. A kitchen garden was laid out in the early 18th century, at a time when Gilbert Coventry, 4th Earl of Coventry was making large changes to the house and garden, which subsequently became the walled garden.

The earliest plan for a walled garden dates from about 1750, when George William Coventry, the heir of the 5th Earl at the time, changed the shape of the walls from square to the rhomboid shape that exists today, mentored by Sanderson Miller. This created a garden of over 7 acres (2.8 ha), which may have made it the largest 18th-century walled garden in Europe. The increase in size allowed the garden to encompass a classical greenhouse on the eastern side of the garden. The walls of the garden were under construction at the time, probably replacing hedges. The date that the walls were finished is uncertain, but there is evidence that they must have been completed by 1752.

Unlike the mansion and the park, the walled garden was largely unchanged by Capability Brown, but it did receive new hot houses to house melons, pineapples, peaches, and vines, and in 1766 a stone-curbed circular pool was created, with a sundial designed by Adam.

Rousham and its landscape garden should be a place of pilgrimage for students of the work of William Kent (1685-1748). Rousham represents the first phase of English landscape design and remains almost as Kent left it, one of the few gardens of this date to have escaped alteration, with many features which delighted eighteenth century visitors to Rousham still in situ, such as the ponds and cascades in Venus’s Vale, the Cold Bath, and seven arched Praeneste, Townsend’s Building, the Temple of the Mill, and, on the skyline, a sham ruin known as the ‘Eyecatcher’.

Title
The Secret History of the British Garden episode 2
Description

The Secret History of the British Garden episode 2: On his journey through four hundred years of Britain's garden history, Monty Don arrives in the 18th century

Glorious Gardens from Above episode 15 – Aberdeenshire