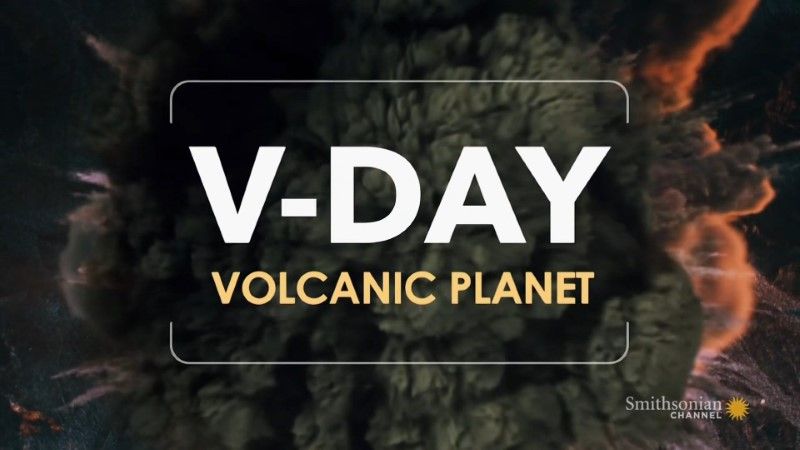 V-Day – Volcanic Planet: Earth is a volcanic planet, with over 1,400 active giants spread across the globe. But what would happen if all of them were to erupt at once? From rivers of lava, towering ash clouds, and pyroclastic flows to tsunamis and super-sized climate change, we explore the powerful volcanic forces that fascinate today’s scientists.

Join us as we conduct a thrilling thought experiment with leading volcanologists that reveals the inner workings of some of the world’s most magnificent volcanoes.

V-Day: Volcanic Planet is a feature documentary that asks: What would happen if all of the world’s volcanoes erupted on a single day? Today, some 40 volcanoes are currently erupting, and more than a thousand sleeping giants could awake anytime.

We join scientists around the globe as they deploy the latest technology to understand and predict volcanic behavior. Spectacular footage of past and current eruptions, combined with CGI based upon the latest scientific discoveries, puts us right in the heart of volcanoes. Then, by speeding up the action into a single day, we get a breathtaking new perspective on the remarkable forces that have shaped our planet for millions of years.

A supervolcano is a large volcano that has had an eruption with a Volcanic Explosivity Index (VEI) of 8, the largest recorded value on the index. This means the volume of deposits for that eruption is greater than 1,000 cubic kilometers (240 cubic miles).

Supervolcanoes occur when magma in the mantle rises into the crust but is unable to break through it and pressure builds in a large and growing magma pool until the crust is unable to contain the pressure. This can occur at hotspots (for example, Yellowstone Caldera) or at subduction zones (for example, Toba).

Large-volume supervolcanic eruptions are also often associated with large igneous provinces, which can cover huge areas with lava and volcanic ash. These can cause long-lasting climate change (such as the triggering of a small ice age) and threaten species with extinction. The Oruanui eruption of New Zealand’s Taupo Volcano (about 26,500 years ago) was the world’s most recent VEI-8 eruption.

V-Day - Volcanic Planet: Earth is a volcanic planet, with over 1,400 active giants spread across the globe.

Deep Down & Dirty: The Science of Soil