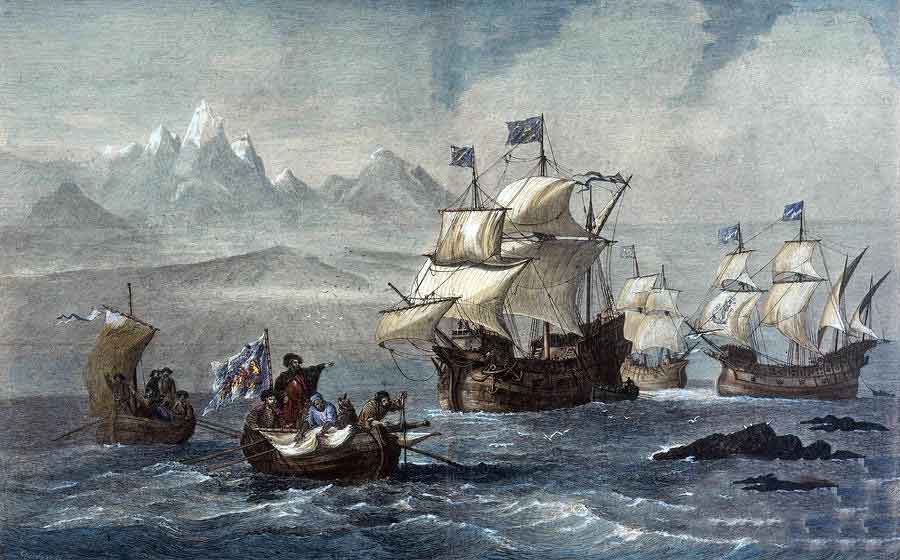 Voyages of Discovery episode 1 – Circumnavigation: Explorer Paul Rose reveals the real story behind the first ever circumnavigation of the world.

Ferdinand Magellan set out 500 years ago to find the westward route to the riches of the Spice Islands. But, contrary to popular perception, he never reached them. Rose explains the dramatic sequence of events that led his scurvy-riddled crew to continue around the world without him. The incredible expedition was laced with bloody mutiny and murder, but its achievement was to fundamentally change the lives of the generations that followed, influencing life even today.

Ferdinand Magellan was a Portuguese explorer who organised the Spanish expedition to the East Indies from 1519 to 1522, resulting in the first circumnavigation of the Earth, which was completed by Juan Sebastián Elcano.

Born around 1480 into a family of minor Portuguese nobility, Magellan became a skilled sailor and naval officer and was in service of the Portuguese crown in Asia. After King Manuel I of Portugal refused to support his plan to reach India by a new route, by sailing around the southern end of the South American continent, he was eventually selected by King Charles I of Spain to search for a westward route to the Maluku Islands (the “Spice Islands”).

Commanding a fleet of five vessels, he headed south through the Atlantic Ocean to Patagonia. Despite a series of storms and mutinies, they made it through the Strait of Magellan into a body of water he named the “peaceful sea” (the modern Pacific Ocean). The expedition reached the Philippine islands, where Magellan was killed during the Battle of Mactan. The expedition later reached the Spice Islands in 1521 and one of the surviving ships eventually returned home via the Indian Ocean, completing the first circuit of the globe.

Magellan had already reached the Malay Archipelago in Southeast Asia on previous voyages traveling east (from 1505 to 1511–1512). By visiting this area again but now travelling west, Magellan achieved a nearly complete personal circumnavigation of the globe for the first time in history.

Voyages of Discovery episode 1 - Circumnavigation: Explorer Paul Rose reveals the real story behind the first ever circumnavigation of the world.

A History of Christianity episode 2 – The Unpredictable Rise of Rome