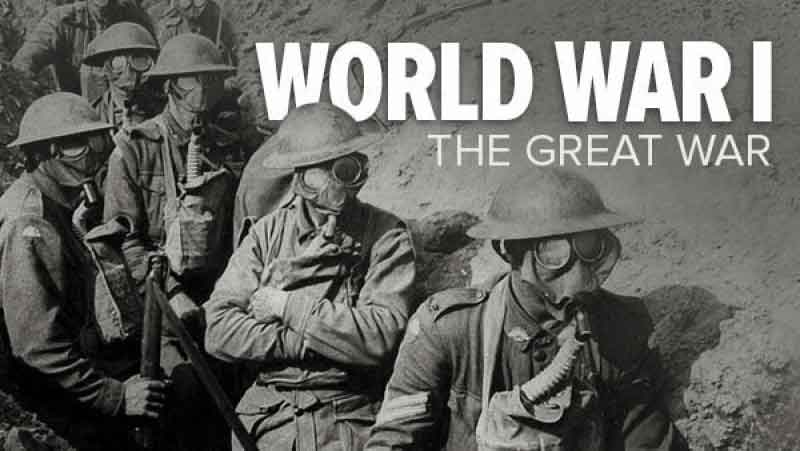 World War 1 – episode 5 – Deliverance: All seems lost for the Allies. The Italians are defeated at Caporette, and a Bolshevik Russia pulls out of the war. But the American reinforcements are decisive, and the Allies emerge victorious. The Allies are unable to negotiate an honourable peace agreement, and the Treaty of Versailles, 20 years later, will have disastrous consequences.

The Treaty of Versailles was the most important of the peace treaties that brought World War I to an end. The Treaty ended the state of war between Germany and the Allied Powers. It was signed on 28 June 1919 in Versailles, exactly five years after the assassination of Archduke Franz Ferdinand, which had directly led to the war. The other Central Powers on the German side signed separate treaties. Although the armistice, signed on 11 November 1918, ended the actual fighting, it took six months of Allied negotiations at the Paris Peace Conference to conclude the peace treaty. The treaty was registered by the Secretariat of the League of Nations on 21 October 1919.

Of the many provisions in the treaty, one of the most important and controversial required “Germany [to] accept the responsibility of Germany and her allies for causing all the loss and damage” during the war (the other members of the Central Powers signed treaties containing similar articles). This article, Article 231, later became known as the War Guilt clause. The treaty required Germany to disarm, make ample territorial concessions, and pay reparations to certain countries that had formed the Entente powers.

In 1921 the total cost of these reparations was assessed at 132 billion gold marks (then $31.4 billion or £6.6 billion, roughly equivalent to US$442 billion or UK£284 billion in 2020). At the time economists, notably John Maynard Keynes (a British delegate to the Paris Peace Conference), predicted that the treaty was too harsh—a “Carthaginian peace”—and said the reparations figure was excessive and counter-productive, views that, since then, have been the subject of ongoing debate by historians and economists. On the other hand, prominent figures on the Allied side, such as French Marshal Ferdinand Foch, criticized the treaty for treating Germany too leniently.

World War 1 - episode 5: All seems lost for the Allies. The Italians are defeated at Caporette, and a Bolshevik Russia pulls out of the war.