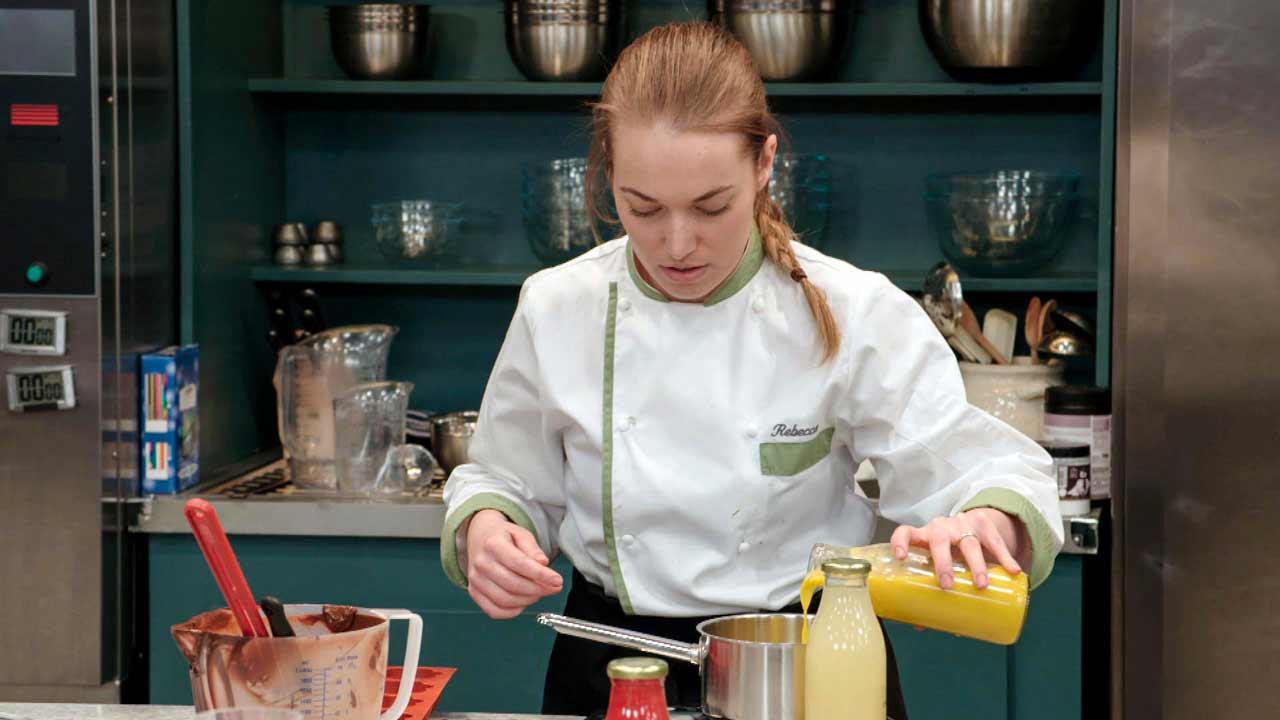 Bake Off: The Professionals episode 6 2021: It’s chocolate week and the four remaining teams in this heat tackle a secret challenge, before showing off their patisserie prowess in a house of horrors-themed showpiece

The patisserie chefs face chocolate week, beginning with a sharing dessert using both chocolate and a favourite ingredient of judge Cherish Finden. For the showpiece, the teams must construct chocolate showpieces on a house-of-horrors theme, including a moving part, along with 48 smaller treats – all in just five hours. Presented by Tom Allen and Liam Charles.

Bake Off: The Professionals episode 6 2021: It's chocolate week and the four remaining teams in this heat tackle a secret challenge.