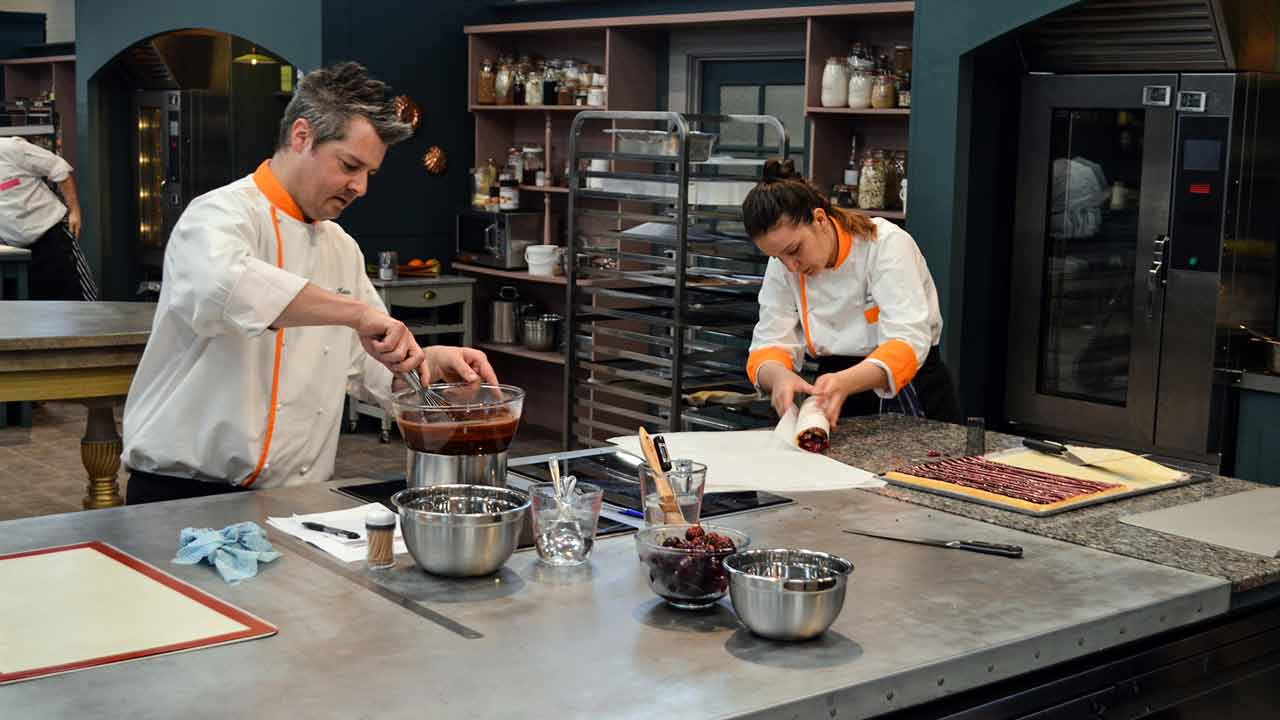 Bake Off: The Professionals episode 8 2021: The patisserie chefs face the quarter-final, and for their first challenge they serve up 24 Black Forest gateaux and 24 mini roulades. For the showpiece, the teams go back to the 1970s as they construct a disco-inspired showpiece, using a combination of sugar and chocolate, and incorporating desserts. Presented by Tom Allen and Liam Charles.

Liam Charles and Tom Allen host the toughest Bake Off on TV, as teams of pastry chefs from top hotels, restaurants and small businesses compete to be crowned best patisserie team in Britain.

Bake Off: The Professionals episode 8 2021: The chefs face the quarter-final, and for their first challenge they serve up 24 Black Forest gateaux