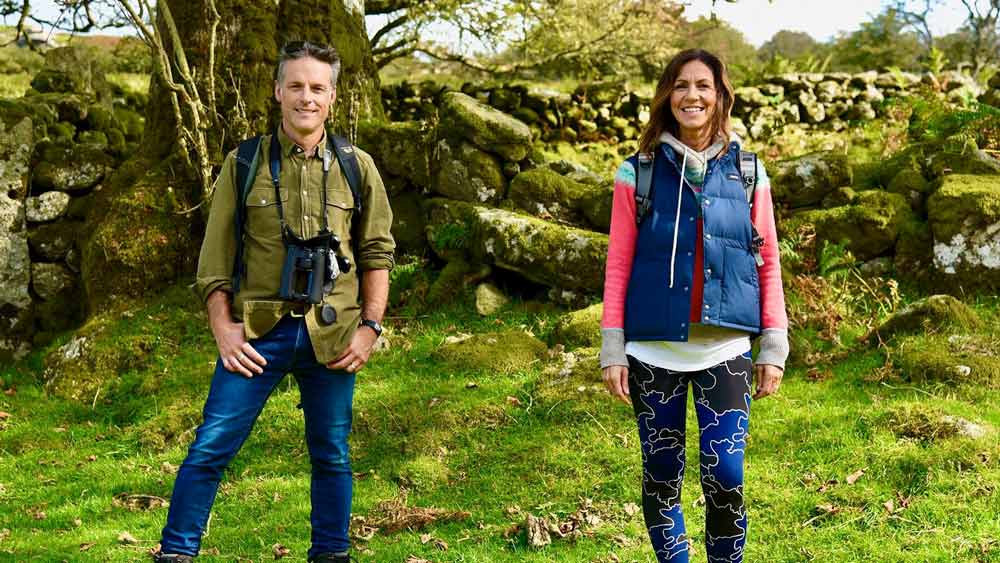 Cornwall and Devon Walks with Julia Bradbury episode 3: Julia is walking in Dartmoor National Park, one of the last great wildernesses in the UK on a seven-mile circular walk from the iconic Hay Tor.

Dartmoor National Park is a vast moorland in the county of Devon, in southwest England.  Trails wind through valleys with Neolithic tombs, Bronze Age stone circles and abandoned medieval farmhouses. The area is dotted with villages, including Princetown, home to Dartmoor Prison used during the Napoleonic Wars. Dartmoor ponies roam its craggy landscape, defined by forests, rivers, wetlands and tors (rock formations).

Dartmoor is an upland area in southern Devon, England. The moorland and surrounding land has been protected by National Park status since 1951. Dartmoor National Park covers 954 km2 (368 sq mi).

The granite which forms the uplands dates from the Carboniferous Period of geological history. The landscape consists of moorland capped with many exposed granite hilltops known as tors, providing habitats for Dartmoor wildlife. The highest point is High Willhays, 621 m (2,037 ft) above sea level. The entire area is rich in antiquities and archaeology. Dartmoor National Park is managed by the Dartmoor National Park Authority, whose 22 members are drawn from Devon County Council, local district councils and Government.

Parts of Dartmoor have been used as military firing ranges for over 200 years. The public is granted extensive land access rights on Dartmoor (including restricted access to the firing ranges) and it is a popular tourist destination.

Cornwall and Devon Walks with Julia Bradbury episode 3: Julia is walking in Dartmoor National Park, one of the last wildernesses in the UK.

Around the World in 80 Treasures episode 10 – Homeward Bound