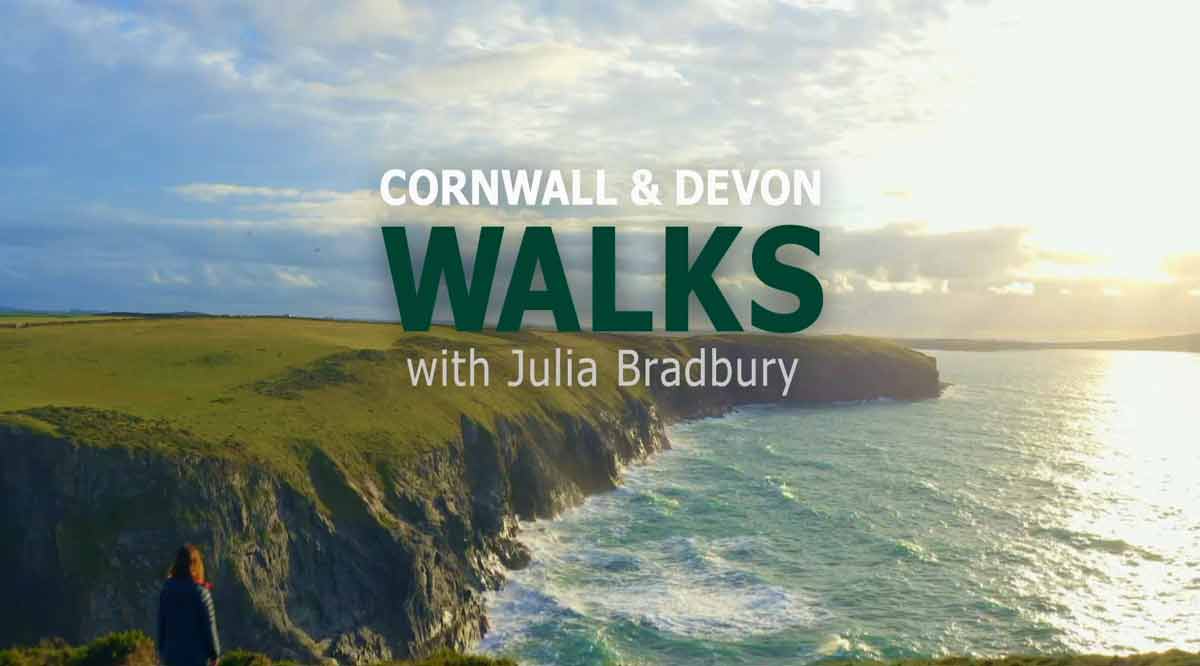 Cornwall and Devon Walks with Julia Bradbury episode 4: Julia heads to Isles of Scilly, an enchanting archipelago of wild islands in the Atlantic Ocean. Walking a five-mile circular loop around St Martin’s, an island renowned for its white sand beaches and azure seas, Julia discovers what is believed to be the oldest beacon in Britain, visits a rum distillery and harvests seaweed on a windswept beach. Finally, Julia finishes her island adventure with a hop to Tresco, where she visits the Abbey Gardens, world famous for its sub-tropical plants.

Cornwall and Devon are home to thousands of miles of the country’s most varied terrain and walking routes, and along the way Julia meets the people who live and work in these two counties as well as sampling some of its legendary fare. During the series, she visits Salcombe, Dartmoor, the Dart Valley, Isles of Scilly, Land’s End, Helford, The Lizard and Padstow.

The total population of the islands at the 2011 census was 2,203. Scilly forms part of the ceremonial county of Cornwall, and some services are combined with those of Cornwall. However, since 1890, the islands have had a separate local authority. Since the passing of the Isles of Scilly Order 1930, this authority has had the status of a county council and today is known as the Council of the Isles of Scilly.

The adjective “Scillonian” is sometimes used for people or things related to the archipelago. The Duchy of Cornwall owns most of the freehold land on the islands. Tourism is a major part of the local economy, along with agriculture—particularly the production of cut flowers.