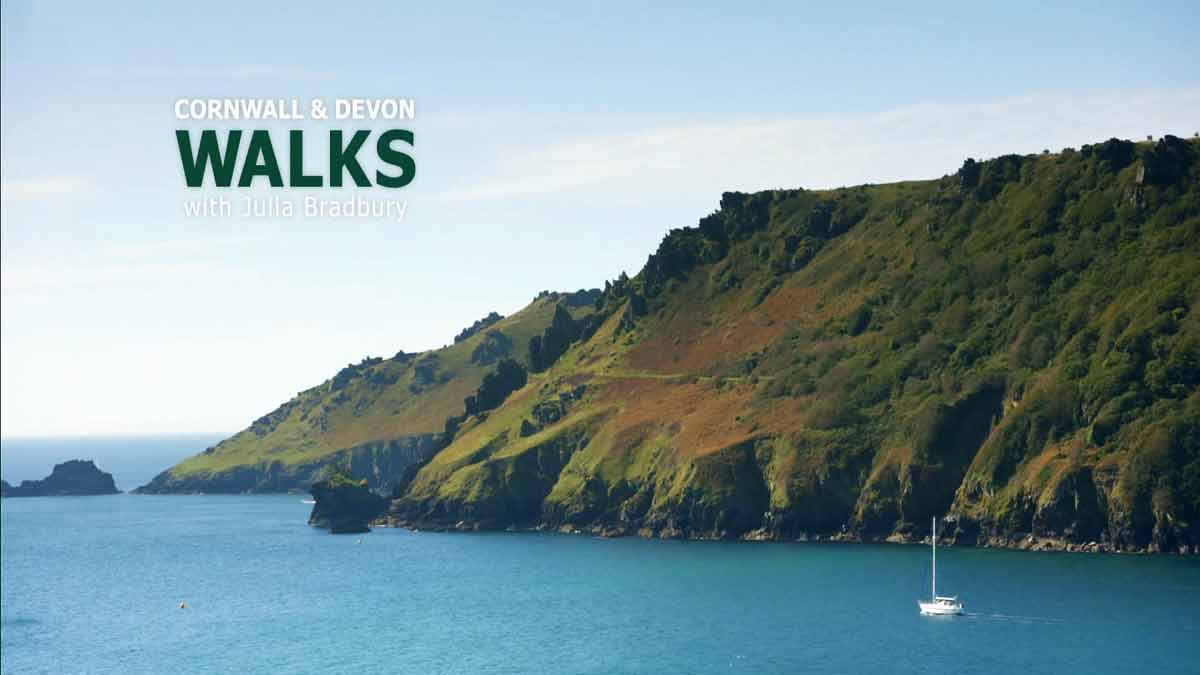 Cornwall and Devon Walks with Julia Bradbury episode 5: This time, Julia is in South Devon taking on a section of the South West Coast Path from the affluent coastal town of Salcombe to rugged Prawle Point. Julia samples world-famous Salcombe crab, rambles the coast in search of wildlife with naturalist Claire and meets one of the volunteers of the National Coast watch, who helps prevent shipwrecks on this dramatic and stunning stretch of coast.

Salcombe is a popular resort town in the South Hams district of Devon, south west England. The town is close to the mouth of the Kingsbridge Estuary, mostly built on the steep west side of the estuary. It lies within the South Devon Area of Outstanding Natural Beauty (AONB). The town’s extensive waterfront and the naturally sheltered harbour formed by the estuary gave rise to its success as a boat and shipbuilding and sailing port and, in modern times, tourism especially in the form of pleasure sailing and yachting. The town is also home to a traditional shellfish fishing industry. The town is part of the electoral ward of Salcombe and Malborough, for which the 2011 census recorded a total population of 3,353.

Kingsbridge Estuary (actually a ria or drowned valley) lies between Bolt Head and Sharpitor on the west and Portlemouth Down on the east, and runs inland for some 8.6 kilometres (5.3 mi). The estuary was designated a Site of Special Scientific Interest in February 1987 and is also a Local Nature Reserve.