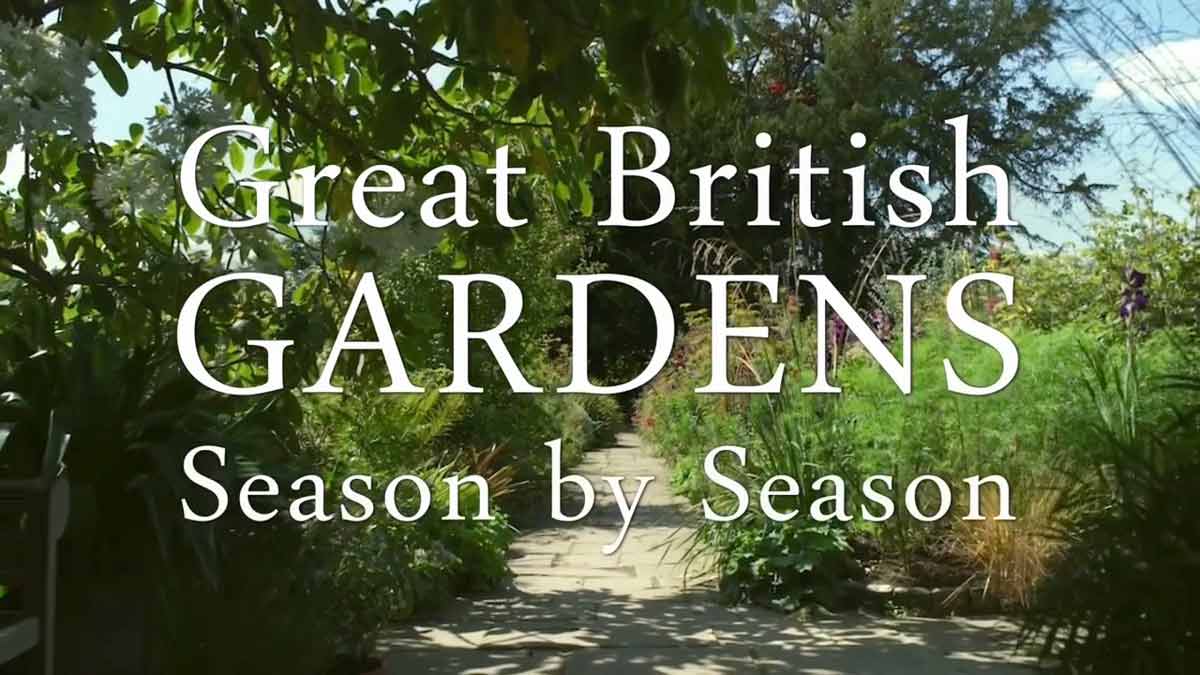 The plantswoman and broadcaster visits Gresgarth Hall, the Lancashire country home of garden designer Arabella Lennox-Boyd. The grounds of the estate comprise the formal garden rooms nearer the house, and a wilder area where Arabella has planted 6,000 trees among cleverly designed meandering paths. Elsewhere, the garden shows off Arabella’s immense knowledge and precision. In spring, splashes of early colour nestle beneath well-chosen spring-flowering shrubs, while summer witnesses an explosion of scent and floral abundance.

The gardens at Gravetye Manor, a country-house hotel in East Sussex, “revel in the beauty of nature”, according to Carol Klein. This masterpiece was planted by William Robinson, a horticultural revolutionary who “set gardens free” by celebrating nature rather than controlling it. In spring there are glorious drifts of daffodils, while in the summer what she calls “an international community of flowers” flourish next to each other in the same bed.

Carol Klein visits spectacular gardens across the UK and meets the people who look after them, beginning with Great Dixter in Northiam Village in the Sussex High Weald. Head gardener Fergus Garrett talks about how he endeavours to use the grounds as a living laboratory of horticultural experimentation, and encourage biodiversity of plant and animal species.

A garden of 12 acres. The setting is in a valley cut of the surrounding fields over millennia by a tributary of the river Lune called Artle Beck. The sound of water is ever-present. The terraces descend from the house to the lake, and are planted with roses, clementis and more tender plants in season, and the predominating pinks, purples and silver-whites compliment the rugged grey stone of the Gothic house.

Pebble mosaics by Maggie Howarth are set in the pavement of one small garden: the four family zodiacs are linked by the Milky Way, with an olive tree for the Italian-born Lady Arabella, a temple for architecture and meteorological elements.

The kitchen garden is a short walk away and contains an elaborate potager. The valley is planted on both sides with a collection of rare and interesting trees, some of them grown from seed collected in Japan.

Gravetye Manor is a manor house located near East Grinstead, West Sussex, England. The former home of landscape gardener William Robinson, it is now a hotel and restaurant holding, in 2020, one star in the Michelin Guide, and is a Grade I listed building, with Grade 2* listed gardens.

The two-storey Elizabethan house was built in 1598 by Richard Infield, an ironmaster, for his new bride Katherine Compton.

It was the home of William Robinson, author of “The English Flower Garden”, from 1884 until his death in 1935. He commissioned architect Sir Ernest George to add a matching wing to the north-east and developed the garden into one of the most famous in England. After his death it and the surrounding 1,000 acres (400 ha) natural landscaped grounds were left to the Forestry Commission. Used as a base for Canadian Army soldiers during World War II, who dug out parts of Robinson’s garden to plant potatoes and leeks to supplement their rations, post-War it was left derelict for many years.

Great Dixter is a house in Northiam, East Sussex, England. It was built in 1910–12 by architect Edwin Lutyens, who combined an existing mid-15th century house on the site with a similar structure brought from Benenden, Kent, together with his own additions. It is a Grade I listed building. The garden, widely known for its continuous tradition of sophisticated plantsmanship, is Grade I listed in the National Register of Historic Parks and Gardens.

Lloyd and Lutyens began the garden at Great Dixter, but it was Lloyd’s son Christopher Lloyd, a well known garden writer and television personality, who made it famous. The garden is in the arts and crafts style, and features topiary, a long border, an orchard and a wild flower meadow. The planting is profuse, yet structured, and has featured many bold experiments of form, colour and combination. The garden is currently managed by Fergus Garrett, who worked closely with Lloyd up until his death in 2006 as Head Gardener and introduced a number of innovations into the planting scheme.

Your Garden Made Perfect episode 1