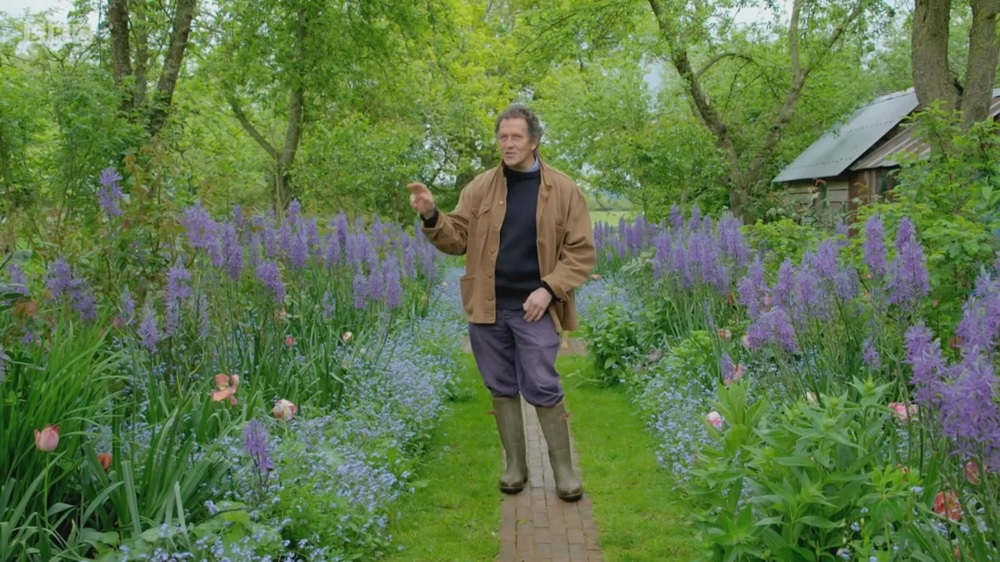 Gardeners’ World episode 6 2013: This week on Gardeners’ World, Monty Don is at RHS Garden Wisley in Surrey. He’ll be getting the latest advice about how best to look after orchids, along with some top tips on how to create a mini-meadow from scratch. He’s also keen to find out more about alpines with a view to growing some back home at Longmeadow.

Carol Klein helps a Britain in Bloom volunteer who’s determined to bring colour to the former mining town of Easington Colliery. First time gardener Michael Welsh has begged and borrowed plants from all over to start a community garden. Carol uses her expertise to help him get even more plants for free.

Joe Swift gets an early taste of summer colour at the National Botanic Garden of Wales where they’re hard at work conserving some of the rarest plants in the world.

Over the past 50 years, we’ve seen a huge reduction in the number of wildflowers growing in the countryside, and it is estimated that 1in 5 of our native plants is at risk from becoming extinct. This, in turn, has contributed to a dramatic decline in the number of bees and other pollinating insects which are vital for the production of so many of our fruit and vegetables. Gardens are becoming more and more important as a source of food for these insects and, as part of National Gardening Week, the RHS is encouraging us all to create a wildflower patch in a spare corner of our garden. It’s best to sow a mix rather than individual species because different insects prefer different shaped flowers. For a step-by-step guide on how to go about it, follow Matthew Pottage’s advice in the clip above.

McCutcheon’s grevillea (Grevillea maccutcheonii) is one of the rarest plants in the world. It is found in only one location in Western Australia where only a handful of plants remain in the wild. It owes its name to Grahame McCutcheon who, in 1992, realized that was new to science. Growing to about 2m tall, it’s quite a large shrub with flattened, three-lobed leaves that envelope the stem. The red, spidery flowers are rather unusual too and, in common with other grevilleas, are thought to be pollinated by birds. The  specimen Joe saw at the National Botanic Garden of Wales flowers on and off through the year, if you’d like to see it in person.

Mophead hydrangeas benefit from having their dead flower heads left on over the winter. This helps to protect against frost damage. But with the arrival of spring, it’s time to remove them, cutting back to the first strong, healthy pair of green buds lower down the stem. Thin, spindly stems should be pruned out too, along with any dead branches. This will help to open up the shrub and improve its overall shape.

Apricots, nectarines and peaches all need pollinating if they are to bear a good crop of fruit. But bees may not be active yet or, if you grow them under glass, may have difficulty getting to the flowers. In both cases, pollinating them by hand is the answer. Simply tickle each bloom with a soft brush so that the pollen is spread from one flower to the next. If you can, it’s best to do this around the middle of the day when it’s warm and dry.

It always pays to stake your herbaceous perennials in April. And, at Wisley, they have a rather nifty way of doing this. Birch branches gathered over the winter are stuck into the ground around each plant. These are then woven along the top by carefully bending and twisting the twigs together. The height of each support varies according to the plant concerned, but if you aim for a foot or so off the plant’s final height, you’ll be fine.