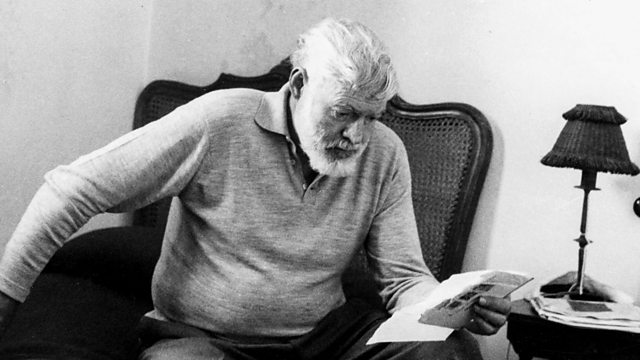 Hemingway episode 6: Ernest Hemingway wins the Nobel Prize in Literature, but eventually is overcome by addiction, physical trauma and depression.

The Nobel Prize in Literature is a Swedish literature prize that is awarded annually, since 1901, to an author from any country who has, in the words of the will of Swedish industrialist Alfred Nobel, “in the field of literature, produced the most outstanding work in an idealistic direction” (original Swedish: den som inom litteraturen har producerat det utmärktaste i idealisk rigtning). Though individual works are sometimes cited as being particularly noteworthy, the award is based on an author’s body of work as a whole. The Swedish Academy decides who, if anyone, will receive the prize.

The academy announces the name of the laureate in early October. It is one of the five Nobel Prizes established by the will of Alfred Nobel in 1895. On some occasions the award has been postponed to the following year, most recently in 2018.

The Old Man and the Sea – Hemingway episode 6

The Old Man and the Sea is a short novel written by the American author Ernest Hemingway in 1951 in Cayo Blanco (Cuba), and published in 1952. It was the last major work of fiction written by Hemingway that was published during his lifetime. One of his most famous works, it tells the story of Santiago, an aging Cuban fisherman who struggles with a giant marlin far out in the Gulf Stream off the coast of Cuba.

In 1953, The Old Man and the Sea was awarded the Pulitzer Prize for Fiction, and it was cited by the Nobel Committee as contributing to their awarding of the Nobel Prize in Literature to Hemingway in 1954.

Written in 1951, The Old Man and the Sea is Hemingway’s final full-length work published during his lifetime. The book, dedicated to Charlie Scribner and to Hemingway’s literary editor Max Perkins, was simultaneously published in book form – featuring a cover illustration by his young muse, Adriana Ivancich,  and black and white illustrations by Charles Tunnicliffe and Raymond Sheppard – and featured in Life magazine on September 1, 1952. The first edition print run of the book was 50,000 copies and five million copies of the magazine were sold in two days.

Hemingway episode 6: Ernest Hemingway wins the Nobel Prize in Literature, but eventually is overcome by addiction, physical trauma and depression.

The Art of France – documentary