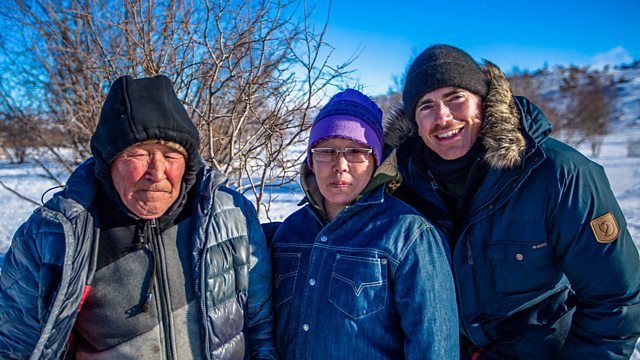 Incredible Journeys with Simon Reeve episode 4: In the final programme, Simon looks at his journeys through some of the world’s most spectacular and unspoilt wildernesses, and reflects on the huge challenges faced when trying to protect them.

From the vast, icy expanses of Siberia to the tropical forests of Central and South America, Simon’s films have repeatedly exposed the causes and consequences of climate change, as well as suggesting solutions to one of the greatest issues facing mankind. And from Hawaii to the Mediterranean, Simon was one of the first TV journalists to expose the horrifying extent of plastic pollution in our oceans.

Here, Simon recalls some of the meetings with indigenous peoples from around the world who have had first-hand experience of the damage being done to our planet.

Incredible Journeys with Simon Reeve episode 4: looks at his journeys through some of the world’s most spectacular and unspoilt wildernesses

The Americas with Simon Reeve episode 1