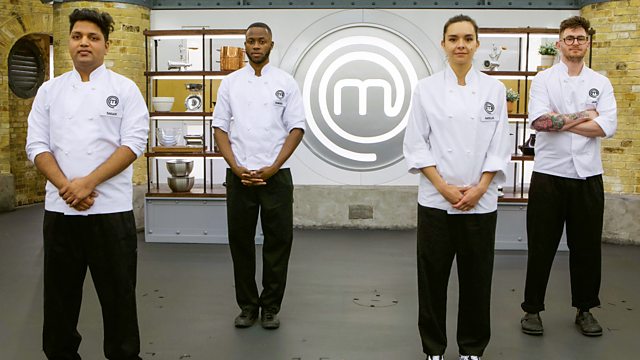 MasterChef The Professionals 2022 episode 9: In another quarter-final, the best four chefs from the week’s two heats return to face two more demanding challenges set by judges Anna Haugh and Marcus Wareing. First, the judges ask the contenders to make a dish based around the tried and tested combination of orange and ginger. As well as a wide variety of oranges and various ginger ingredients to choose from, they have a selection of poultry, fish, vegetables, dried fruit, nuts and chocolate to use in their sweet or savoury dishes. With just ten minutes to plan and an hour and ten minutes to prepare and cook, who will be able to think quickly and deliver a sublime plate of food that stands out from the pack?

Next, they take on a test that has seen even the best chefs crumble under the pressure. They must cook a two-course menu of their own design for three of the UK’s most experienced food critics, Tom Parker Bowles, Tracy MacLeod and Grace Dent. Get it wrong, and it could spell disaster; but get it right, and the critics may take note of a future star. Only the best two chefs will make it through to the semi-finals and keep alive their dreams of lifting the MasterChef: The Professionals 2022 trophy.

MasterChef The Professionals 2022 episode 9: In another quarter-final, the best four chefs from the week’s two heats return