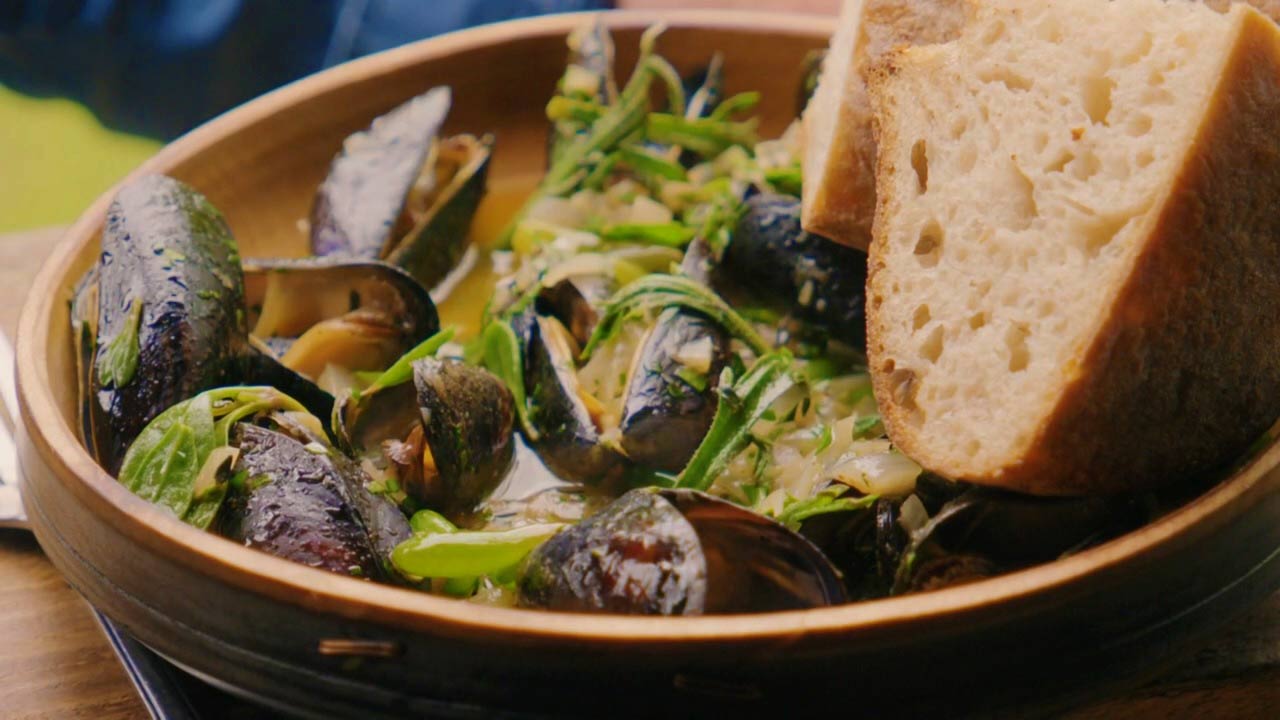 Rick Stein’s Cornwall episode 24: Rick is in Falmouth, discovering that far from being ‘that bit on the end of Britain’, Cornwall used to be at the very heart of the British Empire’s communication system and is still very much a working port today.

It was the seas around Cornwall that inspired author William Golding to write his famous novel Lord of the Flies, and his daughter Judy tells Rick how her father was horrified by what he witnessed during the war. And Rick gets to enjoy dishes prepared for him by an innovative young chef called Andy Tuck, who cooks everything over wood – forget your BBQ, this is cooking with fire on a whole new level.

Rick Stein's Cornwall episode 24: Rick gets to enjoy dishes prepared for him by an innovative young chef called Andy Tuck