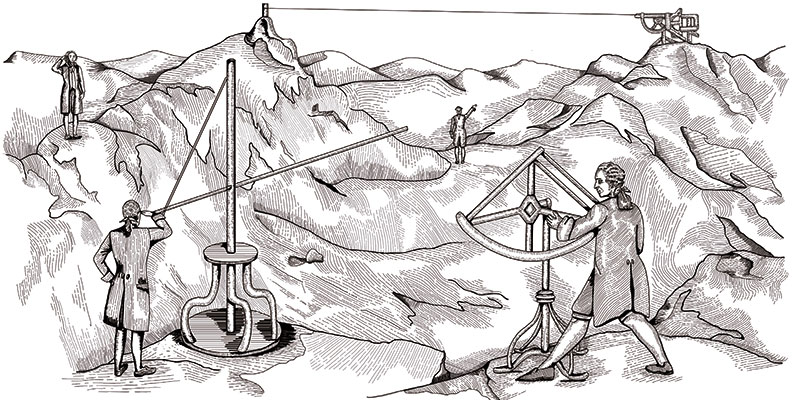 Voyages of Discovery episode 4 - The Figure of the Earth

Voyages of Discovery episode 4 – The Figure of the Earth: Explorer Paul Rose tells the story of three Frenchmen who couldnt stand each other, yet set off on an eight-year scientific mission in one of the most hostile places on the planet. Their plan, to settle an international row by measuring the shape of the planet, took them to the disease-ridden rain-forests and oxygen-starved peaks of the Ecuadorian Andes.

Rose follows in the footsteps of the 18th-century explorers who were complete innocents abroad and had no idea of the horrors they were letting themselves in for. Despite disease, death and some highly disastrous sexual liaisons, the men made discoveries that fundamentally changed all our lives.

The equatorial mission was led by French astronomers Charles Marie de La Condamine, Pierre Bouguer, Louis Godin and Spanish geographers Jorge Juan and Antonio de Ulloa. They were accompanied by several assistants, including the naturalist Joseph de Jussieu and Louis’s cousin Jean Godin. La Condamine was joined in his journey down the Amazon by Ecuadoran geographer and topographer Pedro Maldonado. (Maldonado later traveled to Europe to continue his scientific work.)

The Ecuadoran expedition left France in May 1735. They landed on the Caribbean coast in Colombia, sailed to Panama where they traveled overland to the Pacific, and continued by sail to Ecuador, then called the Territory of Quito by Spain. In Ecuador, they split into two groups, traveling overland through rain forests, arriving in Quito in June 1736.

Voyages of Discovery episode 4 - The Figure of the Earth: Explorer Paul Rose tells the story of three Frenchmen who couldnt stand each other.

The Pacific War in Color episode 5

A History of Ancient Britain episode 2