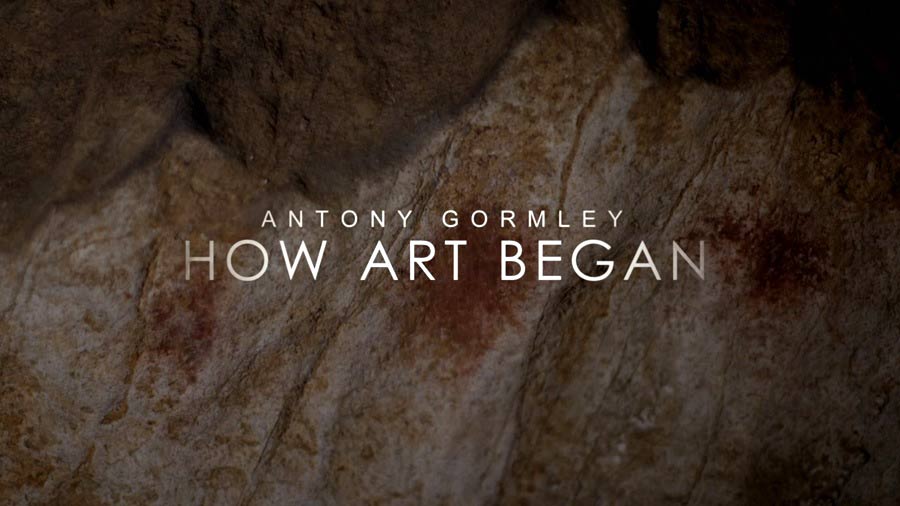 Antony Gormley – How Art Began: Why do humans make art? When did we begin to make our mark on the world? And where? In this film, Britain’s most celebrated sculptor Antony Gormley is setting out on a journey to see for himself the very beginnings of art.

Once we believed that art began with the cave paintings of Ice Age Europe, tens of thousands of years ago. But now, extraordinary new discoveries around the world are overturning that idea. Antony is going to travel across the globe, and thousands of years back in time, to piece together a new story of how art began.

He discovers beautiful, haunting and surprising works of art, deep inside caves across France, Spain and Indonesia, and in Australian rock shelters. Antony Gormley finds images created by hunter-gatherers that surprise him with their tenderness, and affinity with the natural world. He discovers the secrets behind the techniques used by our ancestors to create these paintings. And he meets experts making discoveries that are turning the clock back on when art first began.

Finally Antony asks what these images from millennia ago can tell us – about who we are. As he says, ‘If we can look closely at the art of our ancestors, perhaps we will be able to reconnect with something vital that we have lost.”‘.

Gormley won the Turner Prize in 1994 with Field for the British Isles. He was quoted as saying that he was “embarrassed and guilty to have won…In the moment of winning there is a sense the others have been diminished. I know artists who’ve been seriously knocked off their perches through disappointment.”

Gormley has been a Royal Academician since 2003, and was a Trustee of the British Museum from 2007 to 2015. He is an Honorary Fellow of the Royal Society of Arts and the Royal Institute of British Architects, honorary doctor of the universities of Teesside, Liverpool, University College London, and Cambridge, and a fellow of Trinity and Jesus Colleges, Cambridge. In October 2010, he and 100 other leading artists signed an open letter to the Culture Minister Jeremy Hunt protesting against cutbacks in the arts.

On 13 March 2011, Gormley was awarded the Laurence Olivier Award for Outstanding Achievement in Dance for the set design for Babel (Words) at Sadler’s Wells in collaboration with Sidi Larbi Cherkaoui and Damien Jalet. He was the recipient of the Obayashi Prize in 2012 and is the 2013 Praemium Imperiale laureate for sculpture. Gormley was knighted in the 2014 New Year Honours for services to the arts.

For Room he received the 2015 Marsh Award for Excellence in Public Sculpture. In 2019, the Royal Academy held an exhibition filling its thirteen main galleries with Gormley’s works, including some new (designed to fit the space), some remade for the gallery, and some of his early sculptures, with two rooms of his drawings and sketchbooks.

Antony Gormley - How Art Began: Why do humans make art? When did we begin to make our mark on the world? And where?