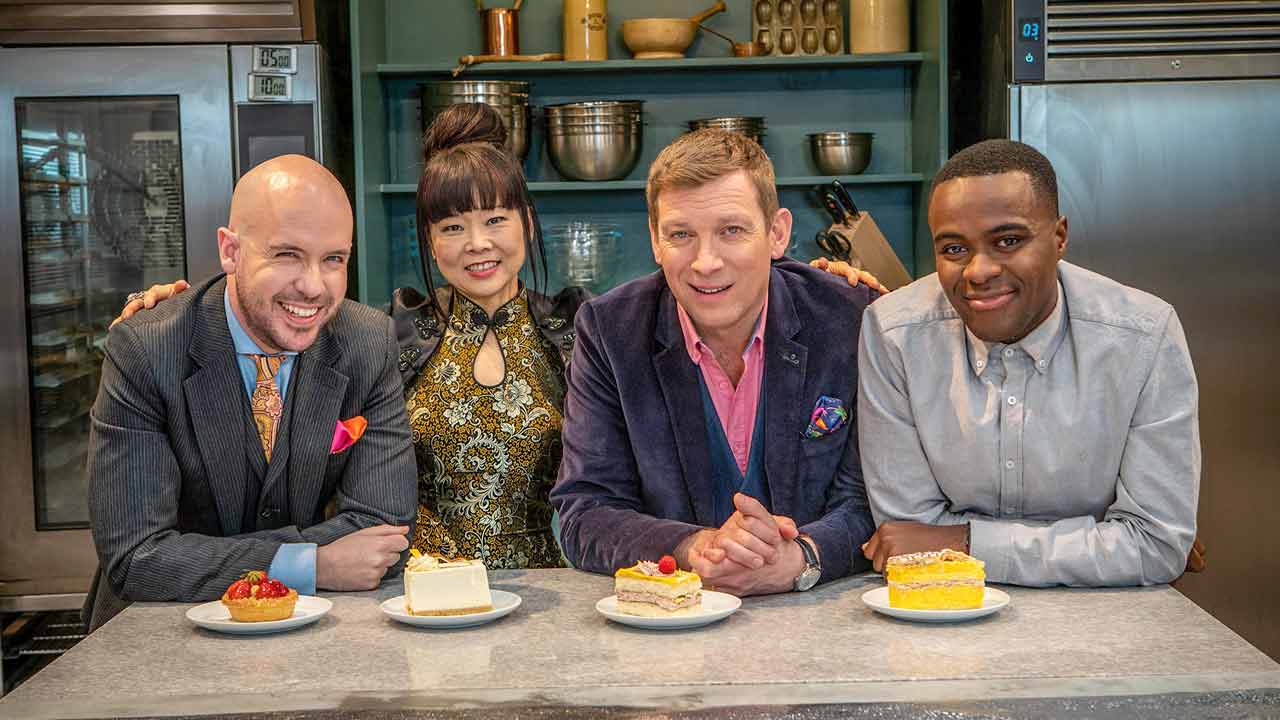 Bake Off: The Professionals episode 10 2021: Liam Charles and Tom Allen present the grand final, which sees the remaining three teams pour all of their patisserie passion, prowess and precision into their last two challenges. For the first, they must produce hats made entirely of chocolate, and modelled by the teams themselves. But that’s not all. Alongside the headwear, they have to make 24 filled chocolates and 24 confections – all in just four hours. The final seven-hour challenge sees them create a banquet to feed 60 people. Who will walk away with this year’s title?

A flamboyant chocolate hat that can be worn and confectionery that looks like jewellery: well, of course that’s what the three teams are making for the final. For once, none of the edible millinery creations collapses halfway down the catwalk and there are no structural disasters with their decadent banquet for an awards ceremony either. Even so Cherish Finden and Benoit Blin don’t sugar coat their critiques. “Boring,” says Benoit dismissively. “It’s a bit difficult to eat,” sighs Cherish.

The final’s so pressured the patissiers are sprinting round the kitchen like Usain Bolt and unusually there’s a few bleeped swear words, yet a couple of them still find time to muck about good humouredly with Tom Allen and Liam Charles.

This year’s competitors have been the sweetest bunch yet – funny, talented but not too earnest and with just the right amount of passion. They’re evenly matched so this is no cakewalk. Liam Charles and Tom Allen host the toughest Bake Off on TV, as teams of pastry chefs from top hotels, restaurants and small businesses compete to be crowned best patisserie team in Britain.

Bake Off: The Professionals episode 10 2021: Liam Charles and Tom Allen present the grand final, which sees the remaining three teams