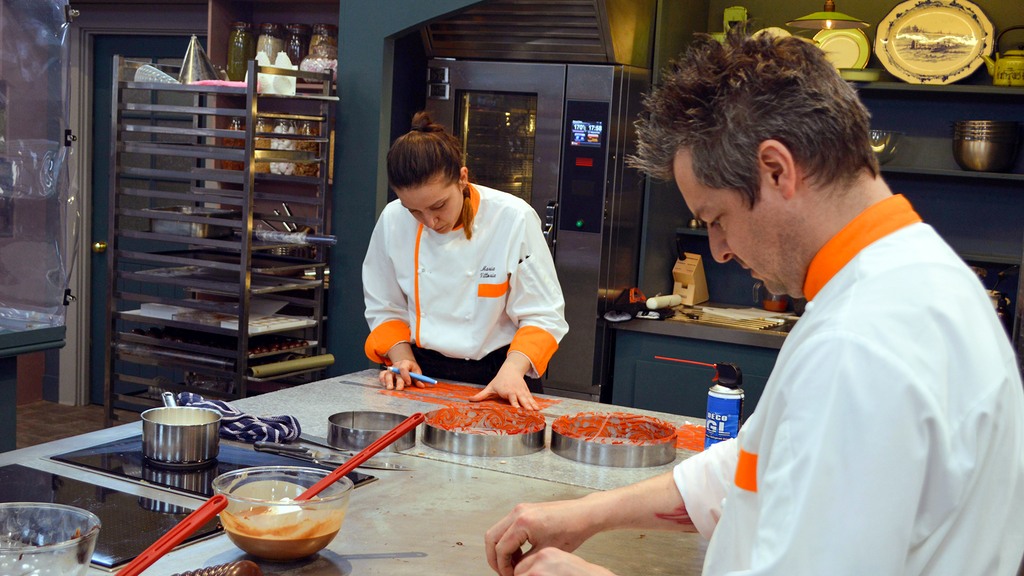 Bake Off: The Professionals episode 9 2021

Bake Off: The Professionals episode 9 2021: Liam Charles and Tom Allen present the semi-final, which sees the four remaining pairs of patisserie chefs baking four batches of petit fours and a magical table scene inspired by the teddy bear’s picnic. At the heart of their piece must be jelly-based desserts and accompanying edible elements, to help bring their story to life. Benoit Blin and Cherish Finden judge their efforts and decide which pair will be leaving one week before the final.

Liam Charles and Tom Allen host the toughest Bake Off on TV, as teams of pastry chefs from top hotels, restaurants and small businesses compete to be crowned best patisserie team in Britain.

Bake Off: The Professionals episode 9 2021

Bake Off: The Professionals episode 9 2021: Liam and Tom present the semi-final, which sees the 4 remaining pairs of patisserie chefs baking