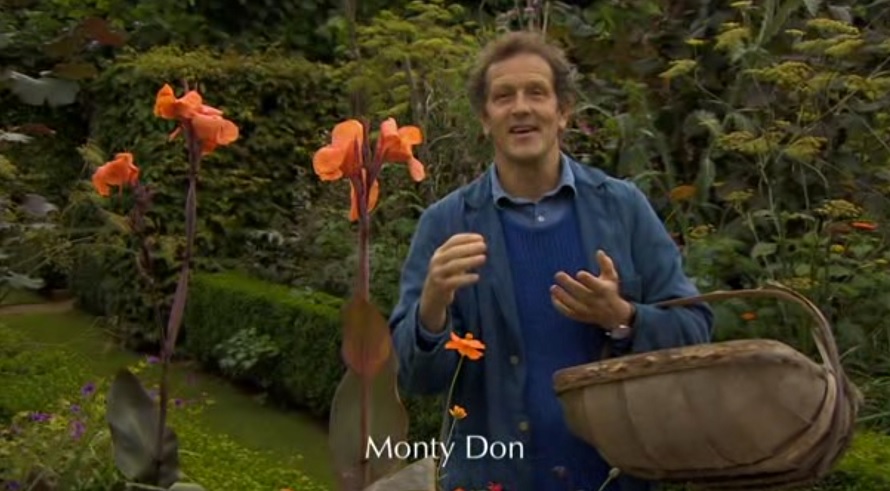 Gardeners’ World episode 12 2013: Monty Don shares some clever tips on how to save money when buying herbaceous perennials and tackles that annual dilemma of whether or not to hang on to tulips once they’re over.

Meanwhile, Carol Klein continues her plant hunter series with a visit to a unique display of rhododendrons at Minterne House in Dorset and Joe Swift gets a taster of what’s on offer at the Open Garden Squares event in London.

Once bedding tulips have done their thing, it’s tempting to hang onto them for another display next year. But in reality, this is highly risky. Most tulips do not have the energy to produce another set of perfect blooms so soon and even if they did, your soil and quite possibly the weather may not be conducive to their development. In an ideal world, tulips need to bake in the heat of the sun all summer long in soil that drains like a sieve.

One solution is to lift and store them somewhere warm and dry. In the autumn, they can then be planted out again in a spare part of your garden and grown on as cut flowers. There’s no guarantee that they will flower, but at least they’re not in a prominent position if the display fails. To increase your chances of success, focus your efforts on the Single Lates. These are reputed to have more staying power than most. Examples include Menton, Recreado, Queen of Night and Shirley.

Carrot fly is a major pest of carrots. Parsnips, celeriac, celery and parsley can fall victim too. Tell-tale signs include stunted growth and tunnelled roots that become totally inedible. Creamy-white maggots may be visible too. Prevention is key as once an attack takes ahold, there’s nothing you can do.

The best method is to completely cover your crop with insect-proof mesh from the day you sow. Light and rain can still get through, but to be effective, the edges need to be completely buried in the soil. You could also try growing a resistant variety like Fly Away or Resistafly. Both are widely available. Growing onions or shallots amongst your carrots can help as well, as can erecting a vertical barrier around your crop. Last but not least, try to thin, weed and harvest your carrots in the evening when the adults are less likely to be on the wing.

As broad beans grow, they get top heavy and blow over very easily. And unlike French and runner beans, they cannot cling to a support because they don’t have any tendrils. The best solution is to position a cane or stick every 1.2m (4ft) along the row and then run a line of string along for them to lean on.

Now is the perfect time to lift and divide primroses. Dig up a good sized clump and break it up into as many parts as you wish. Replant leaving about 15cm (6in) between each new plant and keep well watered. Remember that it is a woodland plant that likes dappled shade and moist soil.

Some herbaceous perennials benefit from being cut back by up to a half in early June. Commonly known as the Chelsea chop, this helps to prevent plants from becoming too tall and leggy. It can also help to extend the flowering season so that you don’t get all the flowers at once. Suitable candidates include Lysimachia, Helenium, Phlox, Sedum and Echinacea.

Gardeners’ World episode 12 2013: Monty Don shares some clever tips on how to save money when buying herbaceous perennials

Gardens Near and Far episode 27 – Inverewe