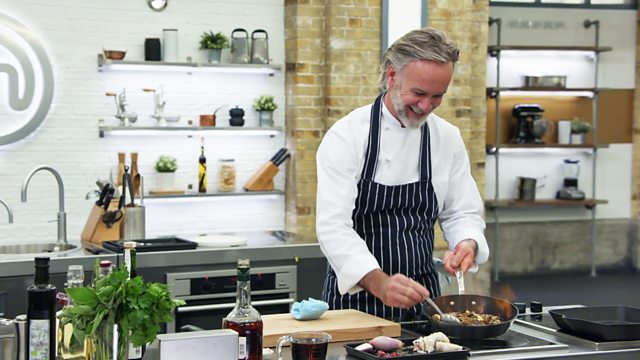 MasterChef The Professionals 2022 episode 11: It’s the final heat of MasterChef: The Professionals, and the last four hopefuls arrive in the kitchen eager to show they have what it takes in two challenges set by Anna, Marcus and Gregg. First up is the dreaded Skills Test. Marcus asks the first two chefs to prep a pigeon, cook it on the crown and serve the breasts with a pigeon and Madeira sauce. The other two contenders face Anna’s test, to make a filo pastry mille feuille with layers of tropical fruit and piped coconut.

Next, all four chefs have one last chance to demonstrate to judges their style, technical skill and culinary imagination in the Signature Menu challenge. In one hour and 30 minutes, the heat is on to cook two dishes of their own design that will wow Anna, Marcus and Gregg and show who deserves to stay in the competition. Only the two best chefs will return for the quarter-finals and forge ahead in their bid to be crowned MasterChef: The Professionals champion 2022.

MasterChef The Professionals 2022 episode 11: In the final heat, two contenders cook pigeon in Madeira sauce, while the other two prepare a filo pastry mille feuille