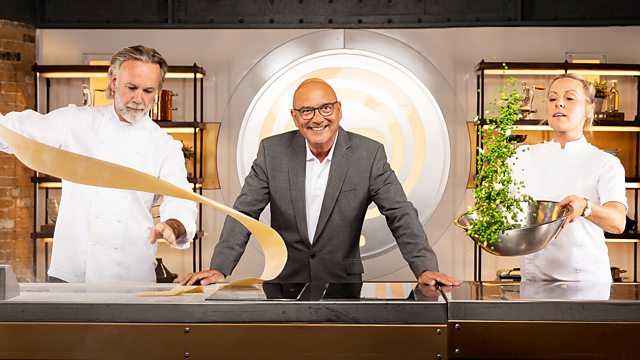 MasterChef The Professionals 2022 episode 16: It’s Finals Week, and only the six most exceptional chefs are left standing. Tonight, six become four as they battle for the once-in-a-lifetime opportunity to cook their food for a dining room full of culinary legends at the Chef’s Table. First, the contenders must cook off against each other in the MasterChef kitchen to prove they are worthy of cooking at this incredible event. They have one hour and 45 minutes to pull out all the stops and cook a dish that showcases their best culinary attributes and technical abilities. Each must draw on all their knowledge and skill to create a stunning plate of food that shines out in a room full of talented chefs. At the end of this challenge, the judges will decide which four can continue in the competition.

The Chef’s Table is one of the most prestigious events in the British culinary calendar, and this year it’s being held at the five-star Lanesborough Hotel in London. For the remaining finalists, it’s a unique chance to prove their talent to 20 of their professional heroes, who hold 19 Michelin stars between them. They include Matt Abé (3* Restaurant Gordon Ramsay), Nieves Barragan Mohacho (Sabor 1*), Lisa Goodwin-Allen (1* Northcote), Jason Atherton (The Social Company 3*) and the much-loved MasterChef judge and renowned chef patron of Mere, Monica Galetti.

Cooking for these culinary giants is a huge honour, and the chefs have five hours to prepare one course each for this unique dinner. The pressure is on to execute every single element to perfection and send 20 identical, exquisitely presented dishes out to the guests. Nothing can go amiss as the expert diners will be seeking flawless, mouthwatering, original food. For the finalists, these dishes could make or break their careers and their chances of winning the MasterChef: The Professionals 2022 title.

MasterChef The Professionals is a British cooking competition show that airs on BBC Two. The show is a spin-off of the popular MasterChef series, and features professional chefs competing to be crowned the best in the country. Each episode of MasterChef The Professionals features a series of challenges and tasks designed to test the chefs’ skills and creativity. These can include cooking for a panel of judges, preparing dishes for demanding customers, or creating complex and innovative dishes.

MasterChef The Professionals 2022 episode 16: It’s Finals Week, and only the six most exceptional chefs are left standing.