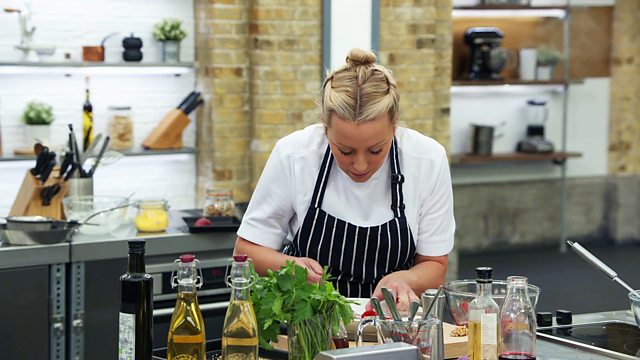 MasterChef The Professionals 2022 episode 10: It’s the last week of heats, and four more ambitious chefs set out to prove they have what it takes to win the title. In order to progress in the competition, they must impress in a daunting Skills Test and then cook two dishes of their own creation in the Signature Menu round. Only the chefs who can demonstrate the all-round skills, technique and flair of a future champion will make it through to the quarter-final.

Two chefs are set a Skills Test by Marcus Wareing, who asks them to fillet a sea bream, steam one portion and serve it with an Asian-style broth and rice. Anna Haugh tests the skills of the other two chefs when she asks them to make beetroot tortellini with a goat’s cheese and walnut filling, served with warm beetroot vinaigrette.

Finally, the four chefs have one last chance to win over the judges when they each cook their two-course Signature Menu. They have one hour and 30 minutes to perfectly execute their tried and tested recipes for Anna, Marcus and Gregg. They must deliver on presentation, technique and taste if they want to secure their future in the competition. The two weakest contenders will be sent home.

MasterChef The Professionals 2022 episode 10: It’s the last week of heats, and four more ambitious chefs set out to prove they have what it takes